The Wood Bison is a subspecies of the American Bison. Both are commonly referred to as the Buffalo. They are heavier than the American Bison, with a weight in males of up to 2,000 pounds and they can be up to 1.67 to 1.82 m in height at the shoulders. The females are usually smaller.

While the Wood Bison does have a hump on it behind the head, it isn’t as defined as that of the American Bison. The coat on this particular species is much thicker too due to the colder regions where they are known to live. They have hooves that are powerful and enable them to dig in the ground when they need to so that they can get to food supplies under it.

They have horns that can be up to 2 ½ feet long. As the animal gets older they will get longer so this is a telling sign about the age of the Wood Bison. The females have horns that are straight and males have those that are curved.

Areas around Alaska used to be the most popular home for the Wood Bison. However, they were wiped out of those regions long ago. Today they are mainly found in territories around Canada. There are about 2,500 of them left that live around Canada.

The Wood Bison live in herds and they are very protective of each other. They have a hierarchy that often involves the females and the young in one herd. The adult males tend to live alone but will join the larger herds when it is time for mating. Males that are 3 years of age will leave the herd and often form bachelor herds. They are very social animals.

Disease is a very common threat to the herds of Wood Bison. Concerns including Tuberculosis, Brucellosis, and other similar issues can spread very quickly through the populations and kill very large numbers of them in a short period of time. 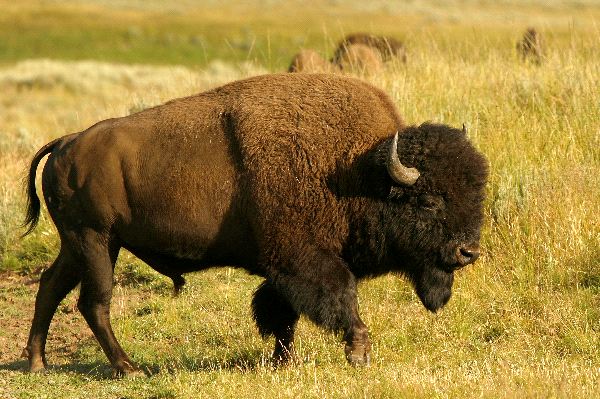 The Wood Bison are grazing animals. They move around to find plants and grass that they will consume. They move along as they eat and this helps to prevent over gazing. They follow patterns that enable to them to get to the best sources of food for a given period of time. They will eat for several hours, rest, and then chew cud before repeating it all over again.

Mating involves dominant males fighting each other for the right to mate. While males are mature at about 7 years of age they can be much older than that when they do get to mate with a female. This is a way for nature to help give the best possible genetics to the offspring.

The females will carry the young in her body and give live birth to them. The gestation period is about 265 days. There is one calf born at a time but occasionally there will be a set of twins. The young nurse for about 7 months and then they begin to eat like the rest of the herd. It is common for the females to have 2 young every 3 years.

A common problem in the wild is that the Wood Bison will often mate with Plains Bison. This has created problems with their genetics and made them weaker as a species. To help resolve this problem Canada has moved many of their Wood Bison to conservation areas where they have more control over who will be mating. 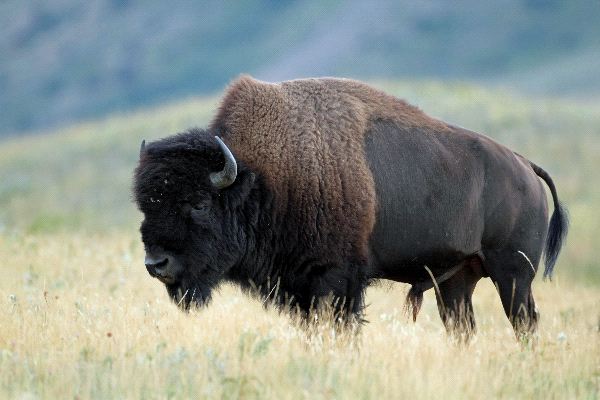 There have been recent efforts to re-introduce the Wood Bison to Alaska. They once lived there naturally but have been wiped out. Studies of the environment show that they will be able to sustain their needs in that location. They will be protected there as they are in Canada. At this point in time the Wood Bison is considered to be an Endangered Species.