One of the interesting marsupials is the Wombat. They can be up to 39 inches long. They are short and very muscular. They have a tail that is nothing more than a nub. There are 3 different species. Most of the body is tough and is made from cartilage so it is hard for predators to bite and successfully injure the Wombat.

They have a pouch that is backwards. This makes sure that the pouch doesn’t get filled up with dirt while they are digging with their sharp claws. They look similar to a small bear in terms of their body. They have very small ears that are similar to that of a pig. Their coloring can be brown, black, or gray depending on the species. They can weigh from 44 to 77 pounds.

The Wombat is native to Australia. They live in the mountain regions. Some of them have been found living in areas of Tasmania. They have a very large habitat range with various burrows all around it. This allows them to stay away from Dingos and Tasmanian Devils. They live in arid conditions. The burrows they create can be up to 100 feet long.

They create a very detailed system for digging. Nothing can keep them out of locations including very sturdy fences. They will simply dig under them in no time at all. They are nocturnal but they often are found out during various days to find food and out of curiosity.

They tend to live solitary with the exception of when they are caring for their young. They are very good at taking care of their young. They have to leave their burrow before the baby arrives so that the males won’t harm it.

The Wombat moves extremely slow for the majority of their time. However, where they fee that they are threatened they can move at a speed of up to 25 miles per hour for short periods of time. They can dig burrows very quickly to create a secure place for them to survive. They will leave their rear end out of the burrow because it is very tough for the predator to get through the tough cartilage there.

The Wombat has been known to attack humans if they feel that they are in danger. They will use their claws to scratch them and they will also bite. They aren’t believed to be aggressive though enough to go after humans that are just minding their business. Yet if a person accidentally gets to close to one they could be at risk of some type of injury resulting. 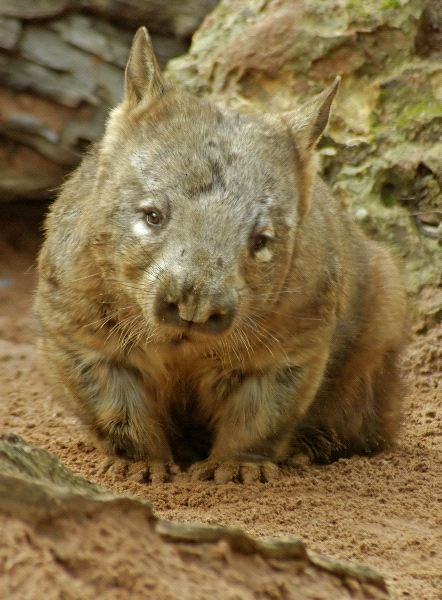 The Wombat is an herbivore and they consume a variety of grasses, roots, and bark. They have teeth that are similar in shape to a rodent. This enables them to successfully get through some of the tough vegetation. They have an extremely slow metabolism so it can take them several days to digest their food.

The gestation period is about 21 days and then a single young will arrive. They will go to the pouch where they are able to stay for 6 months. This pouch offers them a very safe place to life and it enables to the mother to focus on avoiding predators without worrying about her young.

They stay with the mother though for several more months. When they are a year old they can venture out on their own. The Wombat is able to mate when they are about 1 ½ years of age. They can live up to 5 years in the wild. Some have lived up to 26 years in captivity. 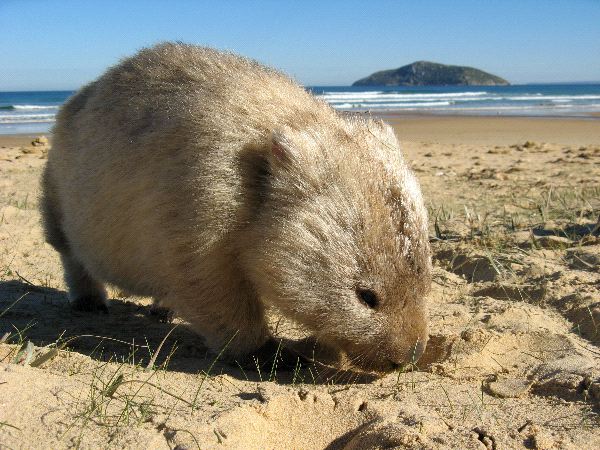