As a member of the weasel family, the Wolverine is the largest of them. It looks similar to a small bear so it is often mistaken for one. They can weigh from 24 to70 pounds and be about30 inches tall. They have a tail that is10 inches long.

The strength of the Wolverine is amazing when you compare it to the size. The body is very stocky and they have long fur. They have a very large head with short ears that are round in shape. They have paws that are very large with toes and claws. They also have a thick body so that they can stay warm. The design of the paws allow them to walk on top of the snow.

Sub Arctic regions of the Northern Hemisphere are home to them. The majority of them live in Alaska and Canada. They live in cold regions where very few other types of animals are able to survive. The fur they have allows them a layer of protection from the cold and from the freezing temperatures of the water.

There are about 100 of them in captivity in various zoos around the world. The goal of these captivity programs are to share information about the Wolverine. Many of them take part in breeding programs too. The goal is to increase the overall population and to breed the best possible genetics.

The Wolverine is known for being very aggressive. They have powerful jaws and sharp claws that allow them to protect themselves in the wild. They have been known to attack people because they deem them as a threat to their own safety. Studies show they really have no natural predators. The fact that their habitat continues to overlap in areas with humans though is why there are problems.

They can be very aggressive when it comes to their territory. Conflicts can arise between males for mating or for territory. The females may overlap the male territory but it usually won’t be a problem unless there is a shortage of food. 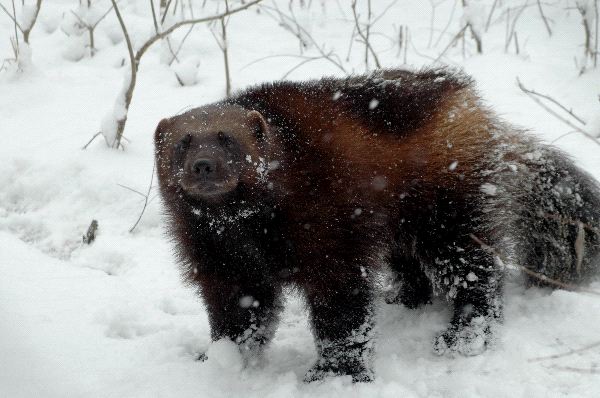 Stealing food from other predators or consuming carrion is very common for the Wolverine. However, they are very good at hunting so they can get their own food with ease. They can take down prey that is several times larger than they are. They may feed on the same kill for several days. They also eat small prey such as rodents.

The males will typically have up to 3 females that they will visit periodically. They will mate for life with those females. The females decide who they will mate with though. If food is scarce the females may decide not to mate that year.

She will create a burrow that her young will be born into. The females will give birth to up to 3 cubs. They will stay in a den for several weeks until they are able to come out with their mother. They will play with each other, practice hunting, and be able to learn skills that help them when they have to take care of their own needs.

They are born in the spring time and able to venture off on their own about a year after birth. The average lifespan for a Wolverine in the wild is 7 to 13 years.

The decline in numbers for the Wolverine is a serious concern. They are heavily hunted for fur and for sport. Their habitat has been destroyed in many areas that have driven them outward to find shelter and food. A huge threat to them has to do with global warming. 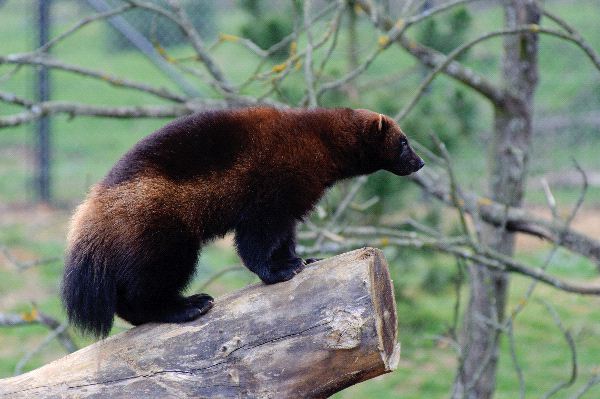