– Males are called bulls, females are referred to as cows, and the young are referenced as calves.

– Females often have more than one mate during the breeding season. It is believed this will increase her chances of successfully conceiving.

– Young calves are born tail first so that their risk of drowning is minimized. They know how to swim from birth from instinct.

– Mating can start to occur between the ages of 7 and 10 years of age.It depends on the species of the whale.

– Depending on the species, it takes from 9 to 15 months for the offspring to arrive

. The females will give birth every 2 or 3 years.

– Whales are found in all of the oceans located around the world. The different species though are found living in different locations. Most species are migrational so that they can continue to find a decent supply of food all year long. There are some whales though that will remain in the same habitat all year long.

– The body of a whale is designed to allow it to conserve energy while moving through the water.

– The tail of a whale consists of two flukes. Along with the fins, it aids them with navigating through the water. 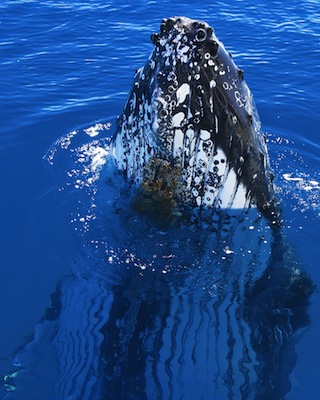 – Whales must surface periodically to take in air. They have a blowhole at the top of them which is where the nasal passages are located. Some species have one and others feature two blowholes.

– Whales can vary significantly in size from 11 feet long to 98 feet long. Some of the species can weigh as much as 150 tons.

– All whales are warm blooded. They feature a four chambered heart.

– The young whales consume milk from the mother’s body for at least the first year of life.

– All whale species feature hair on their bodies, but you have to look closely to see it. The hair is thin and short.

– The vertebrae in the neck are fused together, which is why whales don’t have much flexibility with their bodies.

– The layers under the skin are called blubber. They allow them to store energy and to insulate the body.

– Toothed Whales rely on echolocation to help them find fish and other prey. Filter feeder whales take in large amounts of water and filter it back out. The krill and other small food sources that they take in are consumed.

– The Sperm Whale is believed to create the loudest clicking sound to find food of all animals in the world. 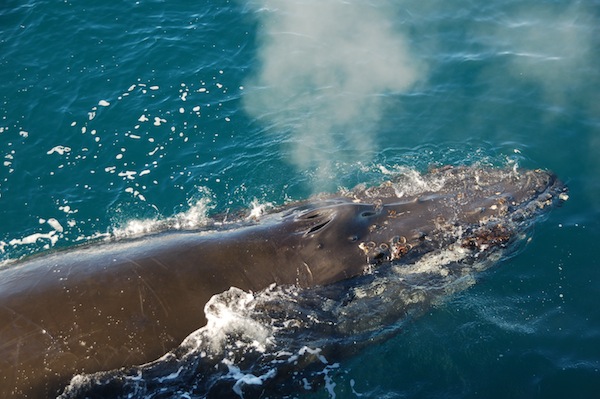 – Whales have been seen taking part in many different types of behaviors. This includes learning, teaching, cooperating, grief, emotions similar to those of humans, and to problem solve. They are believed to be very curious about their surroundings and highly intelligent.

– Whales do sleep, but only one side of the brain rests at a time. This allows the whale to go to the surface for air as needed. If both sides of the brain slept at the same time, they would drown. Generally, coming up for air isn’t a big event. Yet some species of whales breach in the air and slap their tails. It is an interesting site that entices many to locations for whale watching.

– All species of whales communicate. Some do it vocally though with various sounds. Others use echolocation.  Whales can also use touching or mimicking behaviors to communicate. They are social but that level of contact depends on the species. During migration, more socialization is likely to occur.

– It is believed that the first whales were alive on Earth 37 million years ago. Early fossil remains indicate that the whale used to be a land animal that could walk on all fours. Over time, evolution resulted in the body changing so that it is could thrive in the water only. The removal of the two hind legs found on those early fossils is the biggest noted change.

– Many species of whales are at risk of endangerment and possible extinction. This is due to loss of habitat, loss of food sources, and in many instances pollution. Illegal hunting of them continues to be a problem as well.

– Since 1986, commercial whale hunting has been banned. Yet it continues to be done in many locations. There aren’t enough resources to successfully enforce the ban.

– In some cultures, whales are killed for their own survival. They use the meat, oil, bones, and more for their basic needs to be met.