Even though the Whale Shark is extremely large, it is one of the sharks that is the least likely to cause harm to humans. They move very slowly through the water. Due to the size of them, there is often no mistaking them for other types of sharks. This is the largest living fish in the world. They continue to be a species of shark that experts and the average person are in awe of.

The sheer size of this species is shark is amazing. They can be up to 41 feet in length. They can weigh as much as 47,000 pounds. The mouth is one of the most important parts of this shark due to the size of it. They have a mouth that can be almost 5 feet in width. In it, they have 10 filter pads that have anywhere from 300 to 350 rows of teeth that are very tiny. They don’t need sharp teeth due to their size and what they eat. They have 5 pairs of gills and eyes that are small towards the front of the head that is small in size when you compare it to the rest of the body for the Whale Shark.

They are a gray color with a cream or white colored belly. They have ridges that run along the sides of the skin. You will also notice that there are some spots on the body that are stripes and spots of a light yellow color. Each of these sharks has a unique pattern of those stripes and spots to display. They are often used by researchers to help identify various sharks and to get a good count of populations in a particular region. The skin is almost 4 inches thick which helps to protect them from parasites.

There are pairs of pectoral and dorsal fins for the Whale Shark. One way to tell the age of them is by looking at the tail. The younger ones have an upper fin that is bigger than the lower one. The mature adults though have more of a crescent shaped tail. 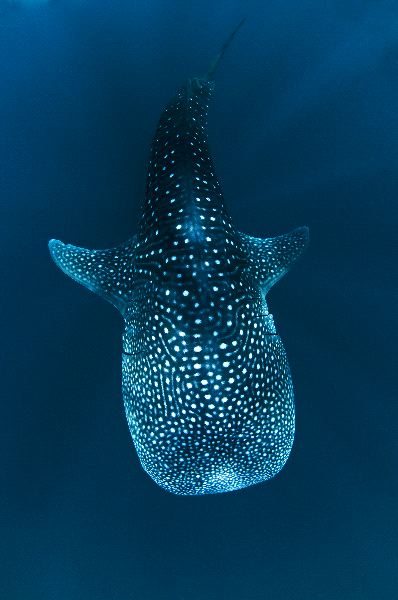 The Whale Shark lives in warm waters including the sea and oceans where there are tropical temperatures. The most common region spans from North America to the Caribbean all the way to Brazil. In the Indian Ocean, they are found to live in the Red Sea. The Pacific Ocean features them in Hawaii, Japan, Australia, and Chile.

In the spring, these sharks will migrate to the West coast of Australia. They will arrive along the Ningaloo Reef where they find plenty of plankton to feed on. There are plenty of other known locations where migrating can occur as well for the Whale Shark.

It can take them several months to reach their destination.  During these migrations, there can be hundreds of them in one location. This often draws plenty of spectators that want to get a close up look at these large species of sharks. Due to changes in habitat, they are listed as vulnerable at this point in time.  Since they do live deeper in the waters, it is hard to get a good count about how many of the Whale Sharks are currently in existence and that makes it harder to get conservation efforts in motion.

In spite of their large size, the Whale Shark is usually very timid. Divers don’t have any problems with them in the water. In fact, there have been times when they have played with divers and even allowed them to get a ride by attaching to their tail. Still, the large size can be dangerous due to them getting too rough with a person or simply bumping them with great force by accident.

There is also the risk that a diver getting too close to a Whale Shark could get sucked into the filtering system that they use for feeding and that could be life threatening to the human. Another risk is that they can create problems for small boats that they may accidentally knock into in the water. For the sharks, contact with very large boats can result in severe injuries. 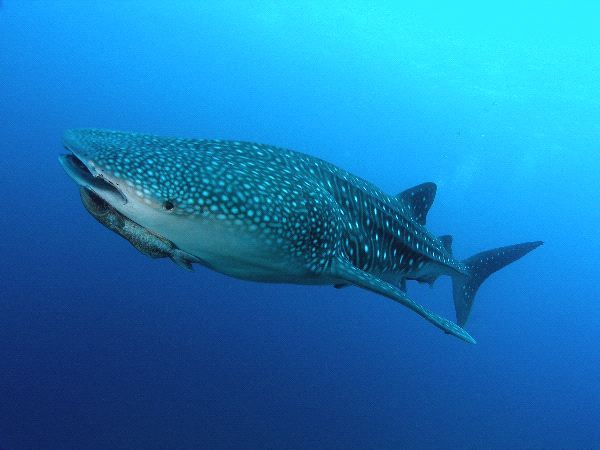 For a shark this size, it makes sense that they are filter feeders. There are only some species of sharks that do so. The Whale Shark is able to move slowly through the water and take in large quantities of water along with food sources in it. The water is filtered out and they are able to consume very large volumes of food this way. Almost all of their diet consists of plankton.

There is very little information that has been documented regarding the mating rituals and birth of young Whale Sharks. There are many experts that would love the chance to be able to get more information. Some of Whale Sharks live in captivity and are studied by scientists but is not very common in all the aquariums due to its large size. Hopefully, in time technology will enable us to be able to get better information.

However, it is believed that they can have up to 300 pups at a time. This would be significantly more than other shark species. Yet only a small fraction of them will live to the age of maturity. It is believed that this species of shark doesn’t take part in mating until around 30 years old.  They can live from 70 to 100 years of age.