All of the oceans located around the world have something in common, they are home to whales. They live in both the cooler waters and the warmer tropical waters at various time of the year. Breeding and caring for the young tends to take care in the tropic and sub tropic waters where it is much warmer. For feeding, they tend to migrate to the cooler waters or go towards the poles.

In the summer, several species of whales move to warmer waters where they can find more food supplies. Some whales are found close to the shore while others are harder to see as they prefer the deeper water. Adult males are more likely to live in the cooler waters due to the abundance of food there versus what is found in the warmer regions during certain times of the year.

The location will depend on the species that you are looking at. The Blue Whale lives in the oceans around the Southern Hemisphere. They are found in the North Pacific and the North Atlantic regions. They migrate seasonally with areas that they stay in during the summer and then areas they stay in for the winter. There are some of them though that will remain in a given location for the entire year though. There is little known about their migrational routes. They are often changing due to the ability find food. Some of the route can be deeper waters they remain in too so that they can dive deeper for food such as krill. 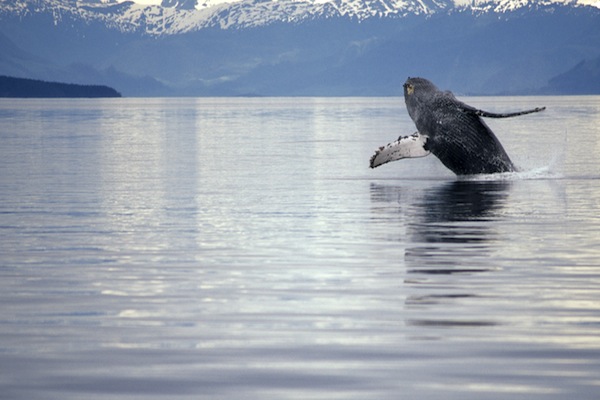 For the Narwhal, they mainly live around areas of the Arctic Ocean and Atlantic Ocean. They are found off the coast of Russia and along the Eastern coast of Greenland. Hudson Strait and Hudson Bay are also prime locations for them to be found. Since the Sperm Whale prefers water that is extremely cold, you will find them at least 3,300 feet from the surface of the water. The males tend to move to water in higher latitudes than the females. They do live in tropical ocean locations as well though, but not as often.

The water around the Arctic regions of Greenland, Canada, Russia, and Alaska is where you will find the Beluga Whale. There are small numbers of them found along the St. Lawrence River and the Amur River Delta. They have also been reported around the Sea of Okhosk where the Shantar Islands and Sakhalin Islands are located.

For the Sei Whale, offshore waters seem to be their preference. They live in most oceans but will mainly be found in seas that adjoin to them. They like water that is in the middle ranges so you don’t find them in the polar regions or the tropic regions. If you think you see them in the warmer waters, it is likely their closely related ancestors, the Bryde’s Whale. They also avoid bodies of water that are somewhat enclosed. They do migrate often and go from cool, sub polar water to subtropical waters at various times of the year. 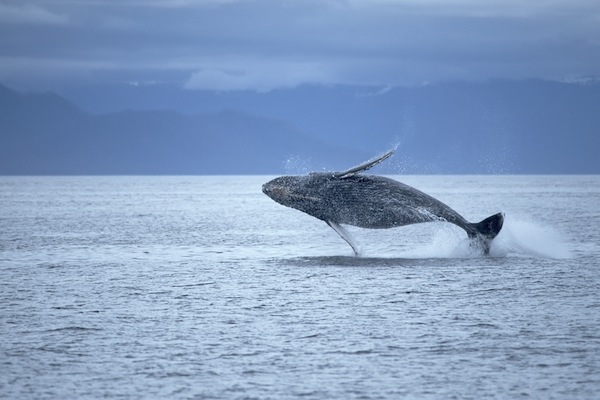 Whale in the Arctic

The Fin Whale is very large, and it is found in all the oceans in the world. They live in a habitat that offers a wide range of conditions. They live in the tropical and polar regions. They don’t stay in water though that has large amounts of ice pack. They can be difficult to see as they tend to stick to deeper waters. Sometimes, they are found in shallow water locations during migration. They have a very wide distribution that ranges from the Gulf of Mexico to the Mediterranean Sea and to the edges of the ice pack of the Arctic. They tend to feed heavily in the North Atlantic Ocean during the summer.

While the Dwarf Sperm Whale mainly lives in deep water, they are found along the coast at times. They tend to be mainly found around the continental shelf. They have a wide distribution including all the way to Virginia in the USA and some found around Spain. They have been found to the East including areas of Africa and Brazil. The Southern coast of Australia and South Africa are also places where they have been identified.

The Minke Whale also has a very wide distribution around the ocean areas. Yet they tend to have a preference for the open sea. They are found from the tropics to the poles. They also migrate a great deal in the summer months to find more food supplies.