There are various species of whales that are at risk of becoming endangered and possibly extinct if changes aren’t made. The involvement of various government groups and advocate groups helps to promote the possibility of a future for them. There are many reasons why the whale is at risk, and making changes to each of them can help to provide higher numbers for them down the road. Education plays a key role in helping with overall conservation for whales.

In many locations, whales have long been used as a source of survival for various cultures. They rely on the meat for eating. They also use the whale oil to help them with creating a variety of types of products they use for their day to day survival. Even the bones are used to create tools and dishes. The intestines are used to create a type of perfume.

Yet most of the whales that are hunted are done so illegally. They are killed for sport. Since 1986, the International Whaling Commission banned commercial whaling in many locations. Yet it still takes place as there isn’t enough manpower to enforce it. The whale hunting that is allowed is often for the Inuit culture and there are limits on the quotas. They are respectful of them as they see the whale as a creature to be honored as it plays such a vital role in their survival.

Impacts from large boats create injuries and death for many whales annually. The fact that there are more of these types of vessels in the water today than ever before means that it is a huge risk factor. Whales move around often for food too so it is hard to identify where they will be at during any given point in time. Stress due to the boats can also affect eating habits and even mating rituals. 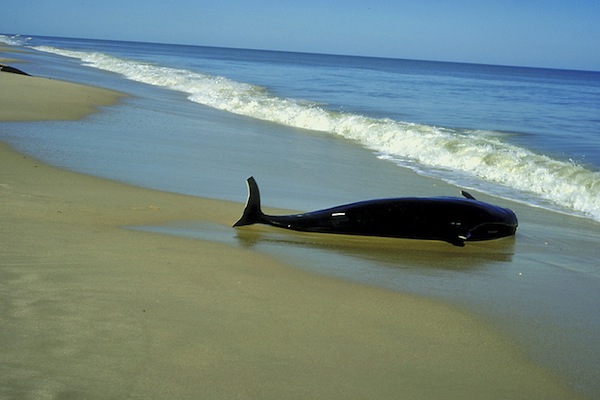 Dead whale on a coast

Loss of habitat and food sources is also creating issues for the whales. They have less room to look for food in. They also have limited food supplies in some locations due to commercial fishing, pollution, and other factors. Getting tangled up in the equipment used by commercial fishing is also causing serious injury or death to whales. As the equipment becomes more advanced, it has become more of a risk.

Oil spills, pollutants in the water, pesticides and chemicals can result in disease, bacteria, and other factors that harm or kill the whales. Such elements in the water also destroy food sources for them. The high volume of toxins found in the blubber of dead whales suggests that pollutants create a serious crisis for their survival. Those that eat whale meat are at high risk of serious health problems too as such contaminants can be passed to them through consumption.

Only time will tell if the conservation efforts in place have been enough for the whale to survive. Early intervention is very important as it takes time for changes to be implemented and the results to be seen. It also takes time to see increases in population, and it is more complex of an issue than it may seem at first glance. There are issues with a healthy habit, enough food sources, and other details.

Based on some of the statistics, some of the whale species are successfully improving due to such conservation efforts. Sadly, that isn’t the case for all of them though. For example, the East Pacific Grey Whale is almost back to its original numbers due to conservation efforts. However, even with substantial efforts the East Pacific Grey Whale is down to about 100 remaining members.