Whales are very interesting when it comes to the types of behaviors that they have projected. They are often observed in their natural habitat and plenty of information has been collected about them. Whales are known to learn from each other and it is amazing all that they can teach such as different methods of hunting for prey. They have been working together as a team in order to find food and to successfully capture it. They can also learn from humans and have done so in captivity.

Whales have been observed scheming and they seem to be very curious about their surroundings. Humpback Whales are believed to be the most curious of all species. They are frequently seen following very closely to boats in the water and watching humans. This can become a problem though as legally, boats can’t move until the whales have moved away.

The bonds of whales are very strong, but seem to be the strongest among mothers and their offspring. They are believed to have neurons simpler to those of humans that allow them to engage in social conduct, to feel emotions, and even to problem solve. 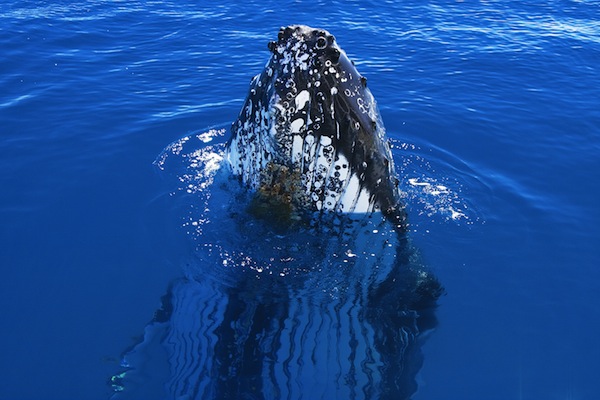 Many people wonder if whales do sleep or not. They do have to surface at regular intervals for air, but they do sleep. It is believed that only one side of the brain sleeps at a time. This enables them to come up for air while resting so that they don’t drown. Some whales come up for air without even being seen. Others though go to extravagant lengths including slapping their tails and breaching high in the air.

This could be a way to remove parasites and other elements from their bodies. With some species of whales, the tail slapping could be a signal that they are getting ready to engage in deep diving.

Many species of whales rely on vocalization to communicate with each other. They often sing various melodies, such as that of the Humpback Whale, called the Whale Song. These vocalizations can be loud but it will depend on the species. With the Humpback Whales, the songs can last for up to 20 minutes, and be heard up to 20 miles away! Toothed whales tend to make the most noise. Other whale species use echolocation to help them communicate.

Whales tend to be social, and it isn’t uncommon to find them in groups. Such behaviors though vary based on the species. Migration seems to be the time of year when you will see the largest groups of whales. In addition to sound, they may touch or mimic behaviors as a source of communicating with each other. 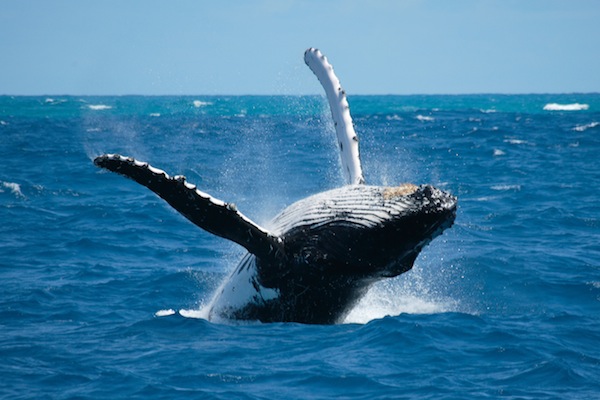 The Narwhals may congregate in groups up to 10. In the summer they form some of the largest whale groups seen. The males have tusks that they will rub together, referred to as tusking. This helps them with maintaining their social hierarchy.

There can be very intense competition among males when it comes to finding a female to mate with. They may be seen lunging at each other with head, making various vocal sounds, or challenging each other with their bodies. Sometimes, there can be injuries to the fins and the fluke during the battles. Most of the time though, one male will relent from the larger one and no physical confrontation will ensue.

There is no doubt that the behaviors of whales are intriguing. There are still plenty of questions that remain though. Further observation and testing will need to be conducted in order to one day get them answered.