The whale species are well known for their enormous size, even though some of them are substantially larger than others. Their bodies are designed though to make living in the water easy for them. They can move around without exerting large amounts of energy. During the colder times of year, they rely on the blubber layers to keep them warm. They may migrate a long distance during the winter to get to warmer waters and to find more food sources.

They are able to move through the water using their fins and they use the tail to help them remain balanced. The fins are shaped like paddles. The tail of a whale is composed for flukes, and it looks like it is divided into two parts. With some species of whales, they have small back appendages that may have digits on them. They are often difficult to see though due to the size of their bodies.

All whales feature a blowhole at the top of the head where they take in air. Toothed Whales have one and Baleen Whales have two. The size and shape of the blowholes also vary based on the whale species. Most of the species of whales also feature a dorsal fin. The amount of time that a whale can remain under water before it needs to surface depends on the species. 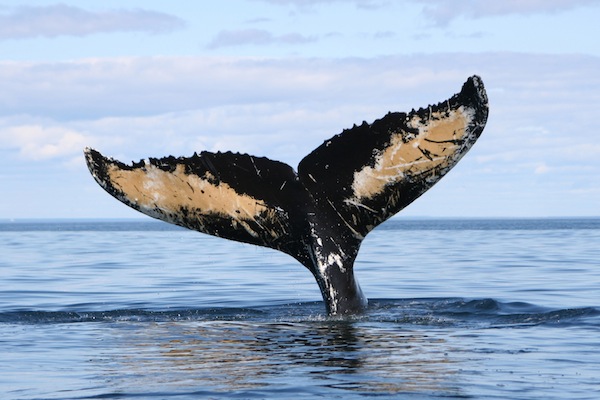 The overall size of a whale varies based on species, gender, and location where they live. The largest verified were 98 feet long with the smallest being about 11 feet long. Some of them can weigh up to 150 tons! The males of each species are generally larger than the females in size.   But for example, in humpback whale females are larger than males. Other than that, the two genders look identical so it can be hard to visually tell them apart.

All whales are warm blooded and the females offer milk for the young that is very high in fat. While you do have to look closely to see it, the body of a whale is covered in hair that is short and very thin. The hair is a light gray color. They are able to live in water that is cool due to the layers of blubber under the skin.

This is where they store their energy and it also offers the amount of insulation that they need. They also feature a spinal column and a heart with four chambers. Due to the vertebrae in the neck being fused together, they are able to be very stable during their movements in the water. However, they don’t have much flexibility. With their overall size though, they don’t need to rely on flexibility to help them survive in their natural environment. 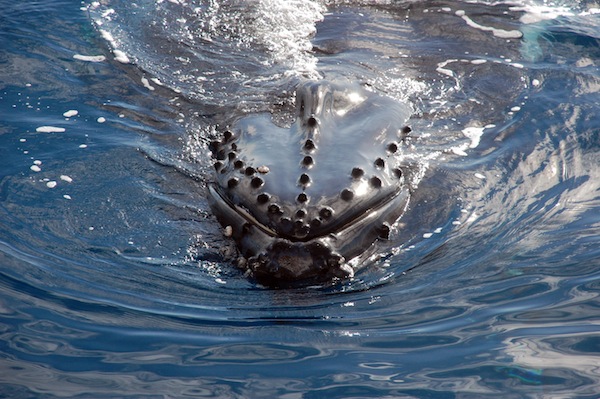 Toothed Whales do feature teeth and this includes the Sperm Whale. Baleen Whales don’t have teeth. They have rows of plates on the upper part of the jaw that look like the teeth on a comb. Whales have very good hearing, and they are able to pass sound through the outer ear to the middle ear. The sounds that they receive though come from the throat and through a cavity filled with fat to the inner ear.

The design of the mouths for whales depends on if they are filter feeders or not. The Baleen is found in those that are a filter feeder, and this is also known as the whalebone. They feature a mouth that is very wide. There are plates made from keratin in the jaw. They take in large amounts of water and food and then the filter removes the water. The krill and other food sources stay.