Just the thought of a Wasp is often enough to make someone cringe. They aren’t well liked due to the painful sting that they deliver. Yet there is much more to the Wasp than that and as you learn about it, you will be more understanding of their natural instincts. What you may not know is that only the females have the stinger. There are over 30,000 different species of Wasps.

When most people think of the Wasp they think of yellow and black colors. However, there are so many species that are just black in color. They are often overlooked and since most of them don’t sting they aren’t even noticed by people as being a Wasp. Generally, the brighter colored Wasps are the ones that are going to sting.

They have a pointed abdominal area and a waist that is very narrow. They have wings and long, thin legs. They also have antennae. They may seem small and delicate but their bodies are designed to be powerful and efficient.

There are species of Wasps that live all over the world, and over 4,000 of them just in the USA. They live in all types of conditions and tend to make a nest where they have an opportunity. This can be in a tree, by an air conditioner, and many other locations that are often undisrupted for long periods of time.

They make their nests out of mud and even pieces of wood that they are able to find. They secrete a wax like substance as they build the nest that they use to keep their materials together. They also chew items like wood until it is a pulp like substance.

Wasps are often categorized with bees but there are significant differences. For example the Wasp doesn’t make honey. They are active during the day and as the sun goes down they will be retiring to their homes until daylight. If you do need to get rid of a Wasp nest you should do it only at night when they won’t be active. It is usually advised to have a professional remove it though.

Most species of the Wasp are very social and they live in large colonies. There are those that are very isolated though and make small nests for them to live alone. When there is a colony the size of the nest will continue to get larger and larger to accommodate them. This can help a person to identify what type of problem they have – a few Wasps or a significant number of them. 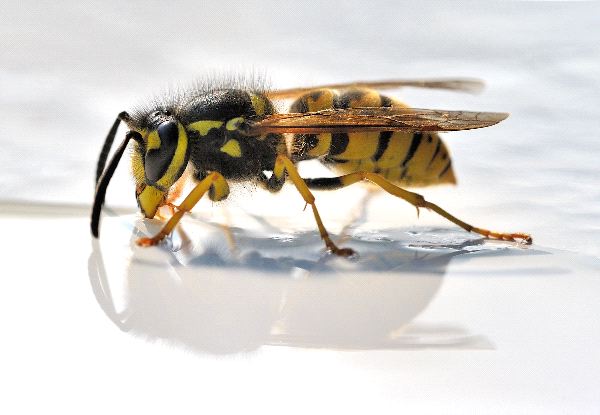 More people are stung by Wasps from August through October then the entire rest of the year. This is because these creatures become more aggressive during that period of time. Their diet changes from consuming various small insects to consuming garbage that they can find. That makes them found in more locations where people are and that is when the stings typically occur.

They consume large amounts of caterpillars and that is very helpful when crops are being grown. Caterpillars can do significant damages to crops so farmers like the Wasps to be around. They often take action though to prevent being stung by them.

For those Wasps that are part of a colony, there is a queen that will continually lay eggs. This can allow the number of members in the colony to increase by about 5,000 per year. However, all of the members of the colony will die over the winter except for a few queens. They will start the process all over again the following spring. 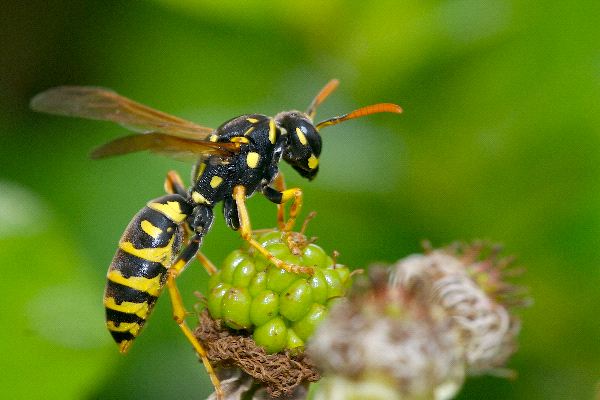