The Warthog is a member of the wild pig family, and they are larger than many other species. They have four protrusions that come out of the head and that is where their name comes from. They have small tusks that are sharp and powerful. They use them for digging as well as for fighting.

There are four subspecies of the Warthog and they vary in overall size and weight. They range from 3 to 5 feet tall and from 100 to 170 pounds. The males are usually about 25% larger than the females. They tusks are curved and they are sharp. They have very sharp teeth too.

The body of the Warthog is very stocky and powerful. They are fast animals and they can be very physical with each other. They have dark gray colored skin that is has short hairs. They also have long hair that is like a mane on the back. This helps to protect their skin from the harsh sunlight. The tail is very long and thin with a tuft of hair at the end of it.

There are quite a few types of habitat that the Warthog is able to do well in. They live in the savanna, woodlands, and grassland areas. They live in various parts of Africa including Kenya, Ethiopia and Somalia.

The Warthog has adapted to be able to survive by grazing along the areas of the savanna. They rely on their snout to help them get food and they also use their front and back legs to dig. They tend to take over burrows that have been left behind by other animals though instead of digging their own when possible. These burrows offer them protection from predators as well as from the heat.

They will roll around in mud when it is available to help them cool off when it is too hot. When it is cooler in the evening they will huddle so that they can generate enough body heat to stay warm. They tend to run away from danger most of the time but they will fight if they need to.

Most of the fighting that does occur is between two males, trying to get the right to mate with a female. They use their tusks to fight each other and the battle will continue until one of the males walks away in defeat. Usually there aren’t any serious injuries that result from such conflicts. 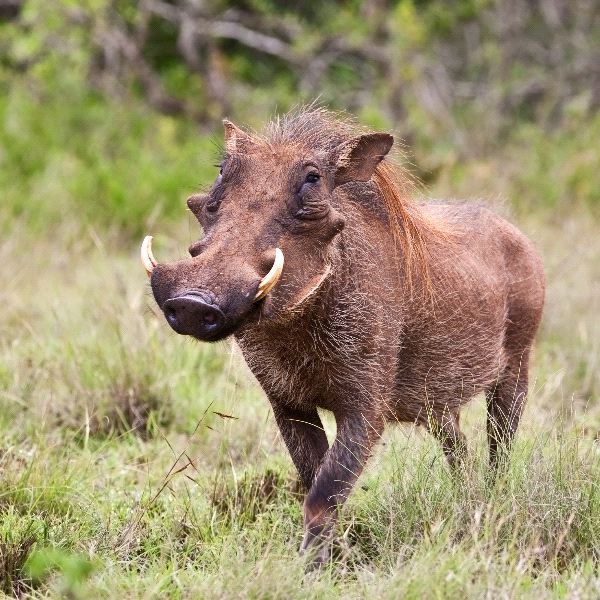 They are opportunistic feeders and take every chance they get to forage for food. The diet for the Warthog consists of roots, berries, grass, eggs, fungus, carrion, and bark from trees. They are able to adjust their diet based on various seasons too. During the dry season they will consume roots that most other living creatures in that area can’t digest.

Females and their young live in grounds called sounders, and the males live alone. During mating season though the males will come to those groups of females. They are attracted by the strong scent that the females deliver.

After mating occurs the female will carry the young in her body for 5 or 6 months. The young offspring are called piglets. A litter may have from 2 to 7 young in it. Sometimes females will also nurse the young of other females in their sounder. The young are able to find their own food when they are about 6 weeks old.

Even though the Warthog isn’t at risk of too low numbers right now, there are concerns about it. Many of these animals are killed by poachers that want to take their ivory. They are also killed by hunting enthusiasts that are looking for a more advanced thrill than the typical prey they go after. 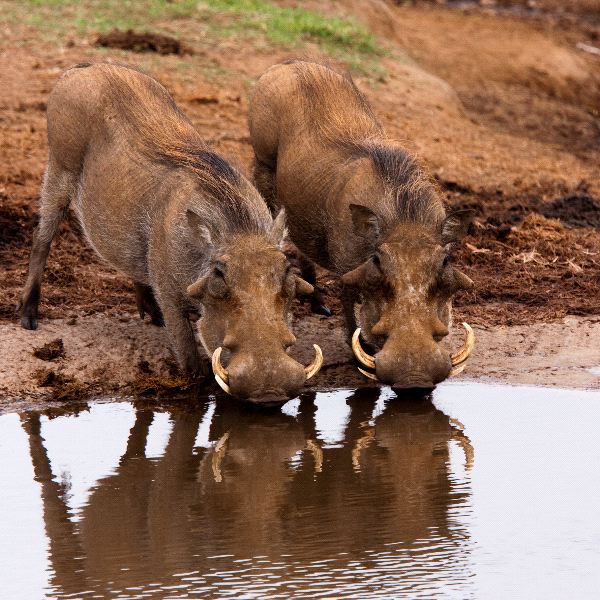