There are quite a few different types of biomes in the world. Each of them has unique characteristics. Due to the climate and features, there are different plants and animals that are able to thrive in them. Learning about the types of biomes helps us to make sense of why certain animals and plants are found in one location and not the next.

It also helps us to fully understand why the different plants and animals within a given biome are so dependent upon each other. There is a balance that has to be maintained in order for all to continue surviving there. The dependence that they have upon each other is very detailed. It is also interesting to explore.

The classifications of these biomes help us to understand the world. Too often we are caught up in only what goes on around us. By identifying the different factors that take place throughout the world, you can get the sense of what is really going on around us. It is fascinating information. Each of the biomes by themselves is worth exploring in great detail.

Biomes of the World

Biomes that are found on land and that have an abundance of vegetation are known as terrestrial biomes. There are many variations though depending on the climate, vegetation, and location of them. Some of the popular terrestrial biomes include the tundra biome, the forest biome, the grassland biome, and the desert biome.

Tundra biomes are extremely cold and have very harsh conditions. They include areas of Russian and the Arctic. Only a few types of plants and animals are able to survive here. Even humans find it to be very hard to live in such conditions. With the forest biome you are talking about the tropical and subtropical areas. They are the ones that have lots of humidity, ample rainfall, and plenty of thick forest regions in them.

In the grassland biome there are plenty of plants, grass, and flowers that grow. There is a rainy season and a dry season. This is a type of environment with decent temperatures throughout the year. As a result it is easier for the plants and animals that live here to be able to survive. However, in some locations there is a long drought season. During this period of time it is harder for them to survive.

The desert biome is the hottest and the driest of all the terrestrial biomes out there. The extreme temperatures and lack of rainfall can really take a toll. The risk of fire is very high too which can result in many areas being burned. 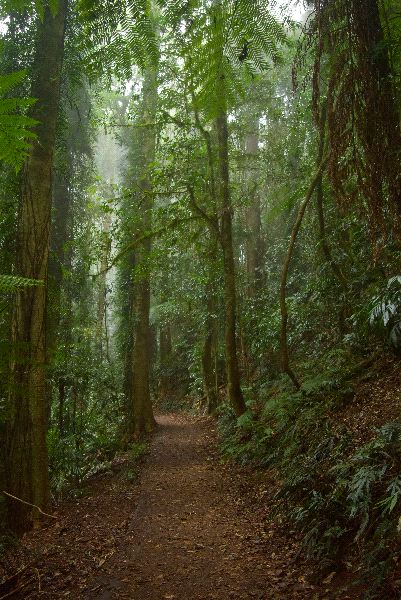 Freshwater biomes are those that are found in the water. It is unbelievable the amount of aquatic life that exists out there. The depth of the water will determine what lives there as well as the temperature. If the water moves or if it stands still will also be something that is taken into consideration. When you think about freshwater biomes, they don’t have to be large bodies of water to count.

They include lakes, rivers, streams, ponds, and the wetlands. Sometimes the organisms that live there are only a single cell. They often rely on the water for food and for survival. When you look at such freshwater you may see areas of moss. That is a big indicator that there are organisms living in the water. They feed on that moss as a means of surviving in their given biome.

When you think about extremely large bodies of water such as the ocean, those are marine biomes. They contain saltwater instead of freshwater. They also include coral reefs and estuaries. The ocean biome is the biggest of all of them in the world. That makes sense because so much of the surface of the Earth is made up of water.

Due to the mass size of the ocean biome, there are many subcategories offered as well. This makes it possible for further evaluation of all of them to be considered. It is amazing what can take place in the marine biomes. The technology we have today allows us to use underwater cameras to see those magnificent relationships among the plants and animals living there.

Some argue if the endolithic biome is really a separate classification. Yet many experts believe that these living things don’t all into any other categorization properly. You will find endolithic biomes in all of these other types of biomes though. This reference is to various forms of microscopic life. They live in the rocks and pores so they are very difficult to identify and to categorize.

Perhaps the most complicated element of biomes is wrapped up with anthropogenic biomes. This is one that takes all of the human efforts into it. The fact that we use land for planting food through farming efforts falls into this category. The forms of vegetation that will be offered can be evaluated. Based on that information, we are able to determine what will grow best in a given type of environment.

The use of the land in different biomes depends on what it has to offer. You can’t fight nature but you can certainly benefit from all that it offers. Anthropogenic biomes explain why certain activities are possible in one biome but not in others. It is very interesting to explore in more detail how all of this helps to maintain the ultimate balance among plants and animals that live in a given biome.

There is no doubt that the actions of humans have continued to alter the natural patterns of climate. Take the issue of global warming for example. It has causes certain areas to be much warmer than they normally would be. As a result there are shifts in the way plants an animals living in those biomes are able to survive.

Being able to manage what is best for plants and animals doesn’t always come with such easy answers. However, the fact that we do understand the biomes in detail allows for action to be taken against humans. If their efforts could result in a location being destroyed, then there can be actions taken to prevent humans from building in that area or destroying it. Such efforts can be complicated and time consuming. Yet they are for the overall good of a given biome.

Anthropogenic biomes also give us the opportunity to do what is right within any given biome as well. They allow us to make good choices about how our movements will affect all other living things. Being able to see the whole picture instead of only reaching for what we want is very important. There are too many plants and animals out there at risk of being extinct due to the selfish efforts of humans.

To give them credit, for a long time it wasn’t understood how everything fit and was interconnected. However, now that we have that information it is wrong to ignore it. Being able to identify your own role in any biome is important. However, never lose track of the fact that we depend on plants and animals for our ultimate survival as well.