There are two species of the Two-Toed Sloth, and they mainly spend their lives in the trees. They blend in very well so it isn’t common for a person to be able to see one other than in captivity. They may weigh up to17 pounds. They range in length from 23 to27 inches. The males are usually a bit larger than the females.

As the name indicates, each of them has two toes on the front feet. However, you may not know that they have three toes on each of the hind feet. The snout is very prominent and they can use it to pick up items with. They don’t have a tail though like the Three – Toed Sloth. They have thick fur that keeps them well protected when it is cooler. The hind legs are weak and it takes a great deal of energy for them to move on land. 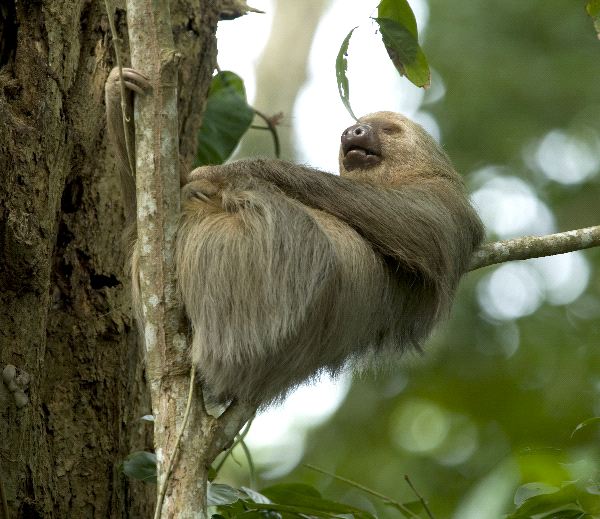 Central and South America home to the Two-Toed Sloth. They live in thick forest regions that have trees very close to each other. This allows them to move around with ease without having to climb out of the tree to reach the next one. This is the type of sloth you will often see in captivity. They tend to do better in such an environment than the Three-Toed Sloth.

The movements of the Two-Toed Sloth are very slow and calculated. They don’t move unless they have to for safety or food so that they can conserve energy. They are mainly nocturnal but you may see them active during the day from time to time. They are able to climb down from trees head first.

They spend almost all of their live in the trees. However, they will be found on the ground at times but they can’t move fast. They love to swim so you will often find them in the water. They may spend anywhere from 15 to 20 hours a day sleeping and the rest of their time grooming or eating.

They use their snout to be able to grab items around the high canopy of the forest. They also use it to help them hang upside down. They are able to hang in this position with their young attached. They often mate and even eat upside down too.

They are able to vocalize but they seldom do. They will though if they need to protect territory, communicate with young, or they are attracting a mate. They are various curious about their surroundings and will often go investigate what has their attention.

The stomach of the Two-Toed Sloth allows them to consume large amounts of plants, rodents, berries, shoots, and insects. It can take up to a month for the food to be able to digest. They have multiple chambers in it that are complex. They can spend hours per day slowly foraging for food. They do need water but they are able to get it from the foods they eat. It is very seldom you will find them drinking from actual water sources.

Females are able to mate when they are about 3 years of age. For the males it may be up to 5 years. The gestation period is from 6 months to 12 months. It depends on the species and the habitat. Only one offspring is born at a time and they have claws. They will cling to the mother for several months so that they are safe and they learn to find food. The mothers are very good caregivers and forge a strong bond with their offspring. 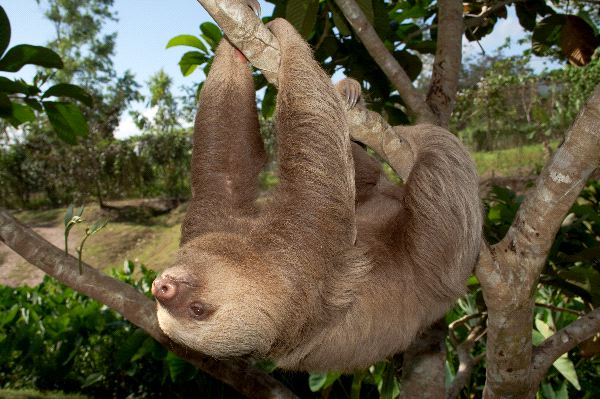