The tundra biome is believed to be the youngest of all of them in the world. It was believed to have formed approximately 10,000 years ago. Approximately 20% or of the surface of the Earth falls into this category.

You will find the tundra biome along the coastal regions of the arctic. The combination of polar air and arctic air masses dominate in this particular biome. There is a very long winter and it is cold and harsh. The summer is short and mild, but most experts don’t view it as a true summer season.

The tundra biome consists of wasteland that is extremely cold. There are lots of rocks too but not very much vegetation. There are almost no trees at all found in this particular biome. The area is very cold and often dry. Yet the temperatures don’t warm up enough for the snow that is in place to melt completely. Muddy areas can develop when it does warm up though as some of the ice begins to melt.

Greenland is the number one place that people think of when they consider a tundra biome. They also think about areas of Alaska. However, there are also areas of Northern Canada and Northern Russia that are a tundra biome. The span of the tundra biome is mainly in areas where most people have never been. They would find such living conditions to be too harsh for them to thrive there.

The temperatures are very low in the tundra biome. In the winter time they can be as low as -58 degrees F. In the summer it is rarely above 54 degrees F. It is usually very dark in the winter months. Even the summer doesn’t offer much sunlight as it is often cloudy during those 6 to 8 weeks. There isn’t much rainfall in such areas, less than 30 inches annually. The majority of the moisture though comes from the ice and the snow pack. Approximately ¾ of the tundra biome is permafrost.

Due to the balance of animals and plants not being equal in the tundra biome, it is one of the few places on Earth known as a carbon dioxide sink. This means more carbon dioxide is taken in than in released back out. It is believed that this has contributed to the growing global warming concerns for the tundra biome.

If such global warming continues, the temperatures will be higher than they have ever been in this biome. As a result, layers of permafrost can completely melt. That would completely transform the overall structure and balance among plants and animals that live in the tundra biome.

You would think that this biome would be one free of people, but it isn’t. In fact, many people continue to move to them in order to get work on oil rigs and in the mines. As a result this has caused some additional stress for both plants and animals that live in this natural environment. The efforts of humans have brought with them additional problems. For example where they place roads can be destroying the natural habitat of living elements.

Another example is that there are huge masses of insects that live in the tundra biome. Humans have used large amounts of pesticides to help reduce problems they have had with them. However, birds that are migrating depend on those insects as a source of food. They have found there is less and less each year when they pass through. 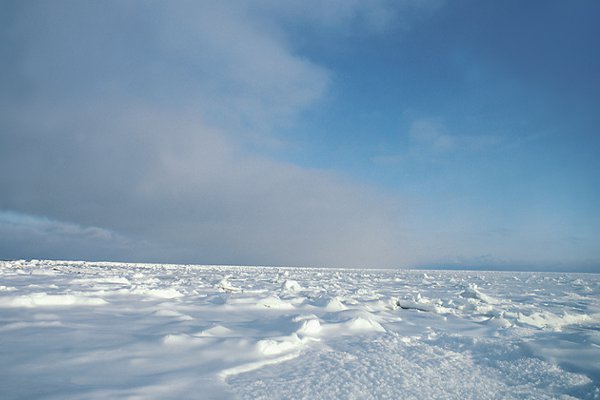 The Arctic Fox is able to survive in the tundra biome. This is a fairly small animal with a very thick coat. It usually weighs about 6 pounds and is about 12 inches in length. They are solitary animals that will do very well in the tundra biome due to their adaptive nature. It is able to make burrows under ground to escape the severe cold temperatures found there.

They are scavengers so they are willing to consume anything they find in order to survive. It is typical of them to find remains that Polar Bears and other animals have left behind. Other food sources include berries, birds, eggs, insects, and fish. There are thousands of Arctic Fox that live in the tundra biome.

Caribou also live in the tundra biome. There are approximately 5 million of them that are known to reside in this type of climate. They are also referred to as Reindeer. This is the only species of deer where both sexes develop antlers. They have a body that works very well for the climate in the tundra biome.

They have very large hooves that allow them to get through the thick snow without using too much energy. These hooves also allow them to have the traction they need for walking through muddy marsh areas. They use their hooves and antlers to remove snow so that they can find sources of food. They consume lichens, shrubs, flowers, and mushrooms. When food sources are scarce in the tundra biome they are able to slow down their metabolism.

There are also quite a few types of plants found in the tundra biome. They include Arctic Willow, Arctic Moss, Caribou Moss, and Tufted Saxifrage. In this particular biome, the bitter cold makes it hard for most types of plants to survive. The harsh winds can blow up to 100 miles per hour.

However, the Arctic Moss is still able to grow in spite of such conditions. It grows as the bottom of lake beds in the tundra biome. It grows extremely slow and that could be part of why it is able to survive in such harsh conditions. This type of moss is very useful in this biome though. It offers a source of food for birds and other animals that migrate.

In fact, all of the plants found in the tundra biome grow very slowly due to the cool temperatures. There are more than 2,000 types of plants that can grow there. Most of them are types of moss. However, you will also find shrubs, grass, and some willow out there as well. Approximately 400 different species of flowers have been identified in the tundra biome.

It is believed that there could be more plants and animals that live in the tundra biome. However, due to the fact that it is hard for researches to survive in this area it is hard to find out. The other factor is that spending time looking around could prove to be far too stressful and disruptive for those that live in this particular biome.

Due to the fact that living conditions can be harsh in the tundra biome, many fail to realize it is a very fragile environment. The contributions from pollution due to oil rigs, big trucks transporting materials, and factories are taking a toll on the plants and animals. It is also causing problems for aquatic life that lives in this area. 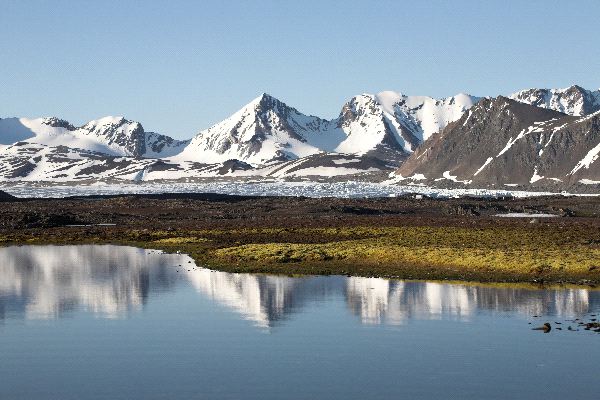