Tigers have a very small habitat and distribution today compared to what they once did. They used to roam in the locations of Asia including Siberia, Indonesian Islands, Sumatra, Bali, and Caucasus. Sadly, their populations have dropped dramatically and they are limited to only small areas of Asia today. They are found living in areas around India, Asia, and the Western part of China. They are also found in the Eastern area of Siberia around the Amur River. The largest population in the wild is found in Sumatra.

The tigers that once lived in the Island of Bali were all gone in the 1940s. By the 1970s those around the Caspian Sea were gone. In the 1980s they were no longer found around Java. The loss of the forest area where the tigers were able to roam and to survive have been taken down at an alarming rate in many areas. The combination of hunting for them and the fact that they can’t find enough food has dropped their numbers substantially.

There have been fossil remains of tigers found around the Philippines, Borneo, and Palawan. It is believed that they date to the late Pleistocene and the Holocene periods. Tigers need to live in locations that offer them access to water. That is because they will be able to find prey where there is water. When there is no water, the herds of animals have no choice but to move on. Birds often stop for water too because they can find food, and thus become prey to the tigers. 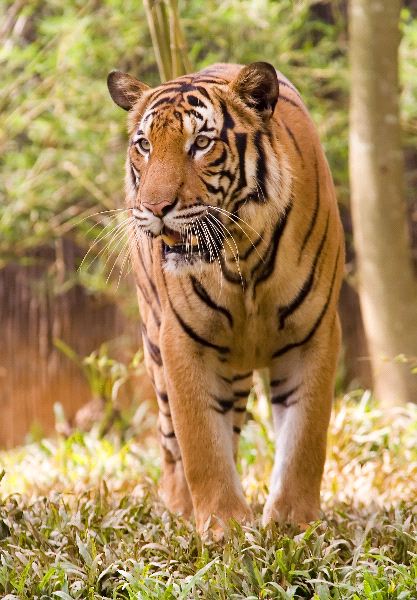 The habitat though can be very different based on the type of tiger. They seem to be able to adapt to a variety of environments. For example, the Bengal Tiger lives in the wet forest regions as well as the semi evergreen locations. They can also live in thorny forest areas. They tend to stick to vegetation areas that are thicker than those of the lion. They are native to the Indian subcontinent.

Tigers have been known to thrive in grasslands, the savannahs, rocky locations, and the forests. They continue to move in order to find food and to do what they can to thrive when their natural habitat is destroyed. What is also very interesting is that they are able to live in areas that vary significantly in terms of the climate. 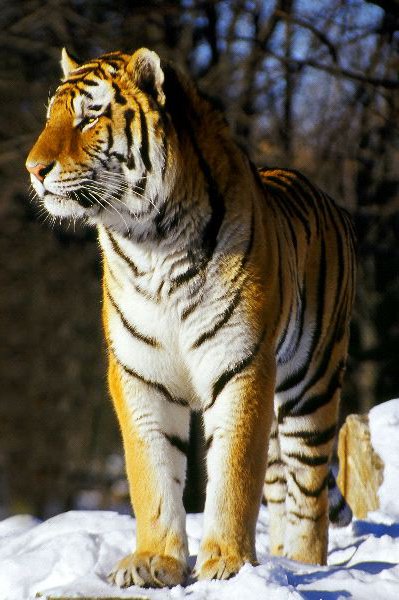 They can live in locations that are very hot as well as those that are very cold. Some of them can live in the higher elevations too. In order for tigers to survive they do need some type of vegetation to offer them cover to sneak up on their prey. They also need enough food and of course water to draw the prey to them as previously mentioned.

Tigers do seem to do well in captivity, and that has allowed for observations to be conducted as well as for some breeding programs to be introduced. Some of these programs are designed to return young tigers to the wild when conditions are right. The purpose of the breeding programs in captivity is more than just to increase numbers though. It is also done in order to help with preserving the genetic pool and prevent inbreeding from reducing the overall quality of the offspring for future generations.