This Gazelle features a long, lean body. They are light brown on the top and sides, and then they have a dark black or brown. The underneath is white in color. They have a thin black stripe and a wider white one that run down their backside.

Both the open plains and the grasslands are home to the Thompsons Gazelle. They are native toAfrica. They are also living around farms and ranches which make them a nuisance in the eyes of many humans. 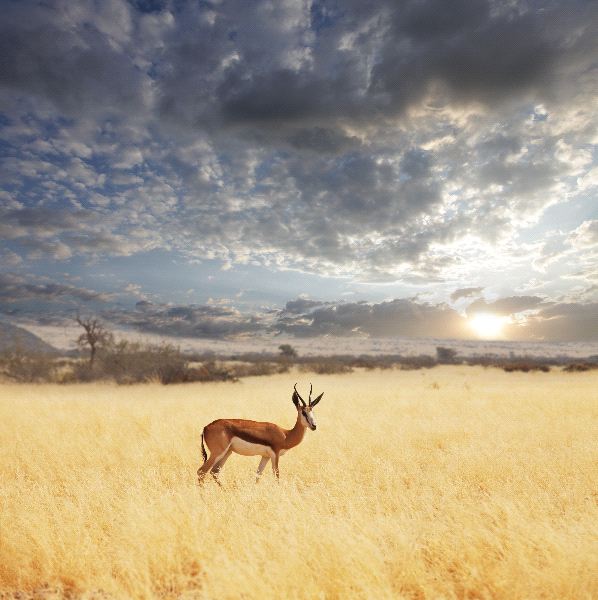 The Thompsons Gazelle live in large herds. They have dominant members that will determine when the herd will stop and when they will move along. The dominant members will use scent glands to leave markings along the territories that they cover. The males will be out there alone though and the herds will consist of females and their young offspring.

This is the only way they will be able to breed during the mating season. The males will kick at each other. They will also use their horns to be able to get dominance so that they can have territory and mating rights.

They have excellent hearing and vision. Should they notice anything that could be a risk they will stamp their feet. This is a signal to the rest of the herd that they may need to be ready to scatter in a hurry.

The feeding habits of the Thompsons Gazelle categorize it as a browser. They follow the grazing patterns of the zebra and the wildebeest. The herds often spread out significantly during the day for feeding. As the sun goes down though they will gather again into a tighter pattern. They eat twigs, seeds, and leaves from trees.

They do need water to drink so they will stay close to areas that allow them plenty of opportunities to drink.

Mating occurs twice annually for the Thompsons Gazelle. It is usually signaled right after the rainy season. Dominant males will come into herds and mate with the available females.

The gestation period is about 6 months. The mother will move away from the herd to give birth. She will have to leave her young in the tall grass to go feed herself. She returns often during the day to feed it. The young can be very still during the day and their bodies are well camouflaged.

Should her young be killed then she will mate again that same year. If it is able to survive though all of her attention will be focused on caring for that one offspring. The average life expectancy of the Thompsons Gazelle is 10 years in the wild. 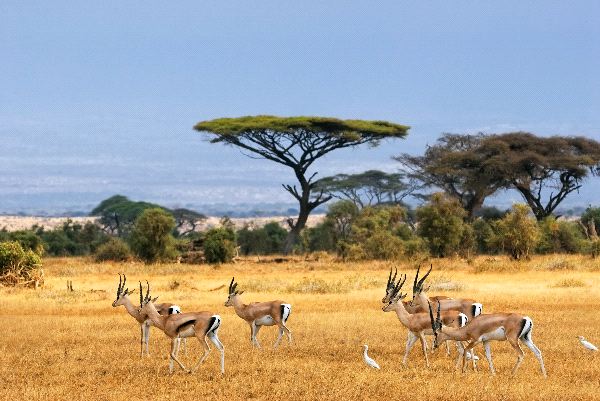