The Swordfish offers a very interesting body. They have the long bill that looks similar to a sword and that is where their name derives from. They are very predatory fish and they are also a class that many sport fishermen love to be able to capture. They can be up to 15 feet in length when fully mature. They can weigh up to 1,400 pounds so anyone fishing for them will have a challenge on their hands.

The body is very large and of bluish color. They have white on them at the bottom so that they can blend in well from the upper part of the water as well as with what is found living below it. They have long fins and a flat tail. They are able to move fast in the water. They have a special organ that allows them to heat their eyes and brain. This makes it possible for them to have excellent vision when they need it.

The Swordfish is found in oceans around the world. They tend to stick to areas of the water that are warmer. The majority of them though are found in the Pacific Ocean. They tend to migrate a great deal in order to find food and to be able to stay in warmer areas of water. They also will go back to cooler waters in the summer to prevent from getting to hot. Ideally, they want water that is between 64 and 70 degrees Fahrenheit.

The long bill is very sharp and it helps them to remain left alone from other forms of aquatic life. When they are threatened though they can use it to help them to have some type of defense against the predator.

They are isolated fish and they don’t form schools. Sometimes there will be numbers of them in an area such as basking at the surface of the water. They just tend to all be in the same area looking for food though.

They take part in jumping and many humans love to see this take place. Experts believe this process of jumping allows them to remove parasites from their bodies. 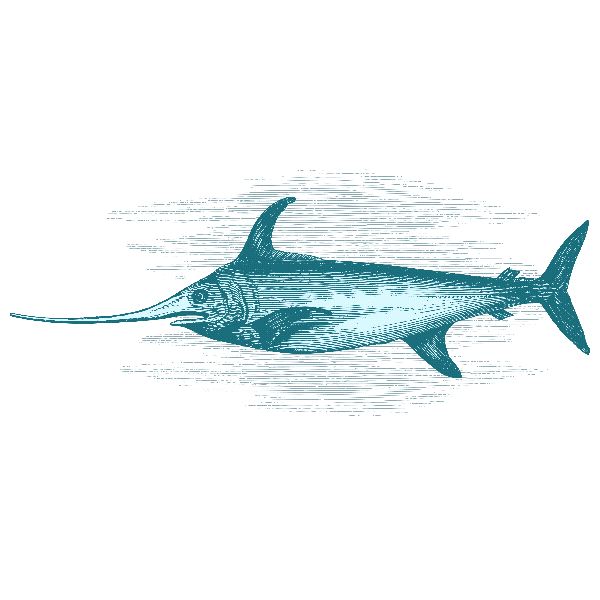 The long bill of the Swordfish allows it to slice at its prey. They don’t spear it like people often think though. They do the best they can to injure it so that they are able to catch it. They are very fast, moving at speeds up to 50 miles per hour. This allows them to have an advantage over their prey.

They feed on fish such as rockfish and the barracuda. Squid also make up a big part of their diet. They tend to do most of their searching for food at night. They can consume large amounts of food due to their size.

They are ready for mating from 5 to 6 years of age. Spawning takes place in the warm waters from March through July. However, in some locations there are warm waters all year long so they can mate at any time. The females can lay thousands of eggs but only a small percentage of them will survive. The eggs are a common type of food for different types of aquatic life.

Their numbers are doing better due to many restaurants deciding to take Swordfish off the menu in the late 1990’s. Without those buyers the commercial fishing of them was significantly reduced. However, problems with boats sharing the same water as them and pollution continue to threatened their overall survival.