The Stingray earned a great deal of negative attention when animal promoter and enthusiast Steve Irwin was stung by one and died. That also evoked fear in people that this could be their fate too if they were to come into contact with one of them. The Stingray is closely related to various species of sharks.

The Stingray has a very interesting shape to it. The body is flat and they feature a tail that is long and thin. The tail is where the stingers are located. The venom is very strong in the stingers and it could result in a person becoming very ill or even dying. However, most species of Stingrays aren’t harmful to people but the few that are have made people very afraid of this creature overall.

You will notice that the coloring of the Stingray is murky colored. This helps it to successfully blend in well to its surroundings. They will vary in shades though depending on their own habitat and the species of Stingray. They can also range in size significantly based on location. Some of them are up to 6.5 feet in length. They can weigh up to 750 pounds.

You will find the Stingray living in tropical and subtropical bodies of water. They are also found in warm areas of the ocean at very deep levels. They live in both freshwater and saltwater. What you will find in different forms of water really depends on the species of Stingray.

The Stingray is very aggressive which is what makes it so dangerous. They have a natural instinct to sting what they come into contact with. That is why they may sting a person that they come into contact with in the water. It isn’t because they have a desire to consume a person or anything like that. The behavior is purely instinct and for their ultimate ability to survive.

The Stingray is very curious and they aren’t fearful. That is why they are often seen by those snorkeling or diving. The fact that the Stingray will come very close to them often is part of the myths that they are creatures looking for humans to sting. They are aggressive about territory though so when it finds something out of the ordinary there it will go to investigate. 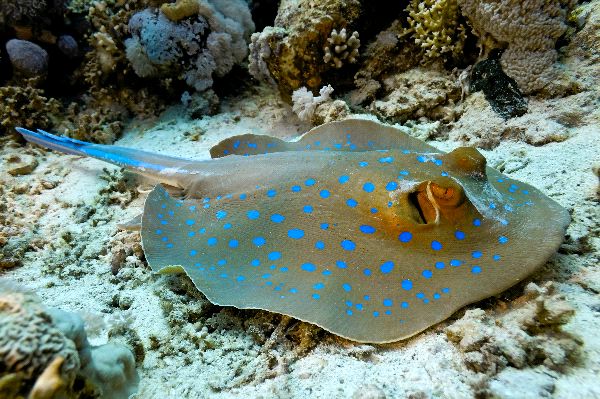 Worms, squid, and crustaceans make up the diet of the Stingray. You won’t be able to see the mouth in most photos online of this creature. The mouth is on the underside of the body. This allows it to dig for crabs and shrimp from the bottom of the sea bed. The teeth are very sharp and the jaws powerful so they can easily get through the shells of various food resources.

Mating times will vary based on the location of the Stingray and their species. They will only mate if there is enough habitat and food for them to survive. Males will follow a female around and bite at her to get her attention. After mating occurs the female may have from 5 to 13 young. The are ready for mating when they are about 1 year of age.

A few species of the Stingray are classified as vulnerable at this point in time. They are losing numbers due to their habitat being polluted, loss of habitat, and even humans trying to remove them from water for their own safety. Most people don’t feel efforts should be in place to save harmful species of Stingray. However, losing them could upset the natural balance of the food chain in those habitats. 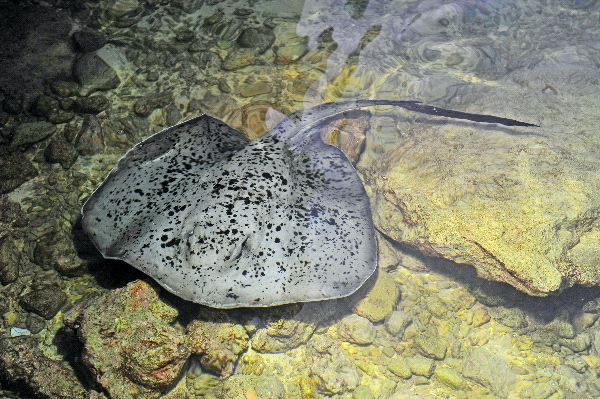