Starfish are fascinating due to their star shape and the fact that they are often very colorful. People young and old find delight when they see them in the water or along the sandy beach. There are over 2,000 species of Starfish found in the bodies of water around the world.

This marine creature is one that is the most recognized by people. Starfish are found in all sizes due to location. Some of them are light brown and others are golden or dark brown in color. Some also feature a reddish tone to them. They have a detailed water vascular system that enables them to get around in the water. They have a bony outer plate that is called the exoskeleton.

All of the oceans around the world are home to the Starfish. They can only thrive in saltwater. They aren’t able to live in freshwater due to the amount of calcium that they need to create their bodies.

The largest number of them is found in theIndo-Pacific Ocean region. They also seem to thrive in the cooler waters of the North Pacific, ranging from California into Alaska. In some locations they are considered to be a pest due to the high numbers of Starfish that end up in fishing nets that are put out there for various types of seafood.

What is very interesting about the Starfish is that they have the ability to regenerate body parts. They are able to grow parts that have been taken off. Should a Starfish get caught in a net or by a predator they can release one of those appendages to escape. If a Starfish is chopped into several pieces, each of those pieces has the ability to regenerate into a separate Starfish.

They have a complex central nervous system but they don’t have a real brain. As a result there is no though process for the Starfish. Their life involves finding food and avoiding predators. All of their activities are due to programming and not decision making. 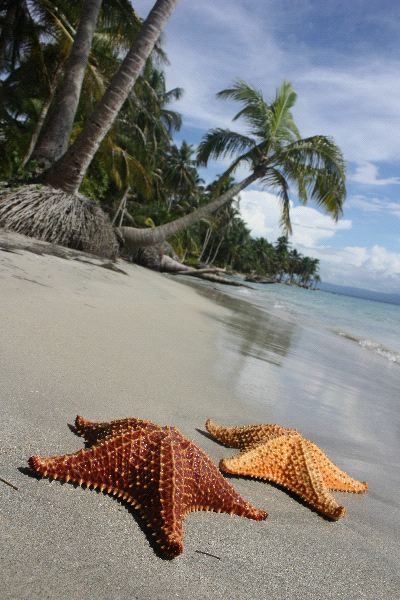 Starfish mainly feed on mussel, snails, oysters, and clams. They are opportunistic though so they will take every chance they get for feeding. They also have specialized feeding methods that vary. They are based on location, design, species, and their diet.

They have the unique ability to digest food outside of the body as well. This provides the Starfish with the chance to be able to take in food sources that are several sizes larger than they are. When food resources are scarce the Starfish is able to successfully survive on organic materials that are dissolved in the water where they live.

Reproduction is very interesting for the Starfish. They can do so alone (asexual) or with a partner (sexual). Most species have both male and female body parts and that allows them to create offspring without the aid of another. For those that aren’t able to create both eggs and sperm, they will deposit one of the other. The females can lay eggs and a male will come along to release sperm on them.

Thousands of very small eggs will be in place waiting for Starfish to emerge. However, about 90% of them will be consumed by predators while they are still inside of eggs. Only a small percentage of these young Starfish are able to survive to become adults that mate themselves. Maturity for mating takes place around 5 years of age. The average lifespan for a Starfish is 35 years. 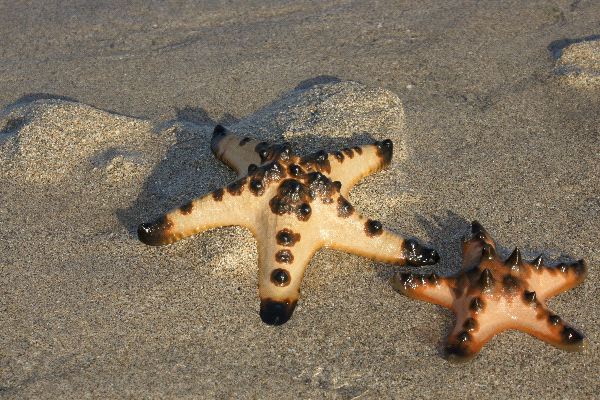