The Spotted Hyena is often called the Laughing Hyena due to the sounds it makes that are so similar to a human laugh. These animals are often not given much credit for their contribution to the ecosystem. They are the subject of many forms of myths and folk tales throughout cultures around the world.

The body of the Spotted Hyena is long and slender. They are brown in color with black spots and a long tail. They are very similar in the looks of their face to wild canines. They have sharp teeth and when they move their lips they often look like they are smiling which further adds to the image that they are laughing. They have a very good sense of hearing and excellent vision.

The Spotted Hyena has a big location where it is able to live around Africa, specially Sub-Saharan Africa. They tend to stick around areas of water. They know that is where they will have the best chance of being able to find enough food for survival. Due to the demise of their open range though their habitat has increasingly overlapped creating tensions.

One of the biggest battles out there for the Spotted Hyena has to do with the Lions. They tend to fight endlessly over food and territory. They live in clans that can have up to 80 members. The females are the leaders over those clans. There is a great deal of socialization and hierarchy in place in these clans. 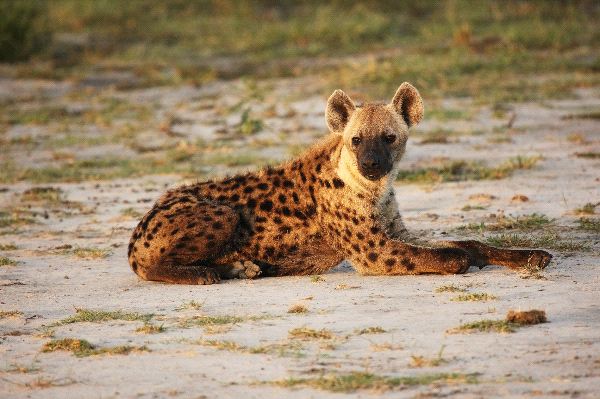 The Spotted Hyena is a carnivore and they will hunt as well as consume food that has been left by other predators. They often consume what others left behind because they have teeth that allow it to be able to get through bones and other tough materials that those other hunters had to leave behind. They also have a digestive system that enables them to consume food that has been left rotting in the hot sun.

They are very skilled when it comes to hunting for their own resources of food. They will get several members to confuse the herd while others are focused on the target of prey that they plan to take down. This is how they often get wildebeest, impala, zebra and antelope. They can also hunt on their own for rodents, reptiles, birds, and insects.

One of the elements of the Spotted Hyena that make people uneasy is that they are said to consume humans. There are no records of them every actively hunting them. However, some cultures including those of people in Kenya and Maasai will leave the bodies of their dead for them to consume. They will kill livestock and they are bold in their efforts of raiding food supply locations of villagers.

Mating can occur for the Spotted Hyena during any time of the year. As long as they have habitat and food they will do so. When those basic needs are being hard to find then they will be less likely to do so. Most of the births do occur during the wet seasons though. The males in a clan may become very aggressive in an effort to be able to get the approval of a female for mating with her.

After mating has occurred the gestation period is about 110 days. The females will find an abandoned den where they can call home in the weeks before they give birth. It isn’t uncommon for several females and their young to all be found in the same den. She may have from 2 to 4 per litter. They can live up to 25 years in the wild. 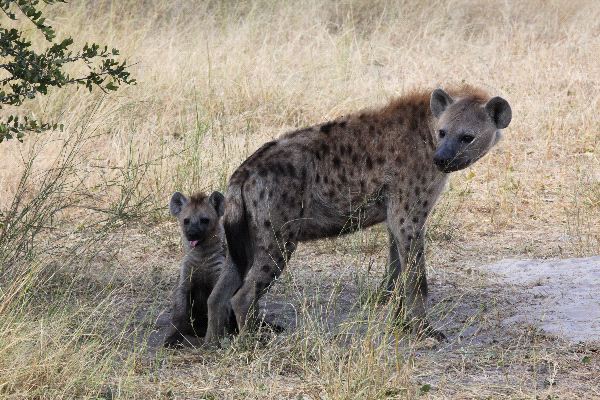