The Snow Goose is a large species. As you can guess from their name they are covered in lovely white feathers. However, they aren’t white all year long and that is why they are also called the Blue Goose. They have the blue when they are juveniles and then the white as they mature.

They range in size from 25 to30 inches in length. They have a wingspan that ranges from 50 to65 inches and weighs 3.5 to7 pounds. However, overall size can vary based on the location where they live.

The body of the Snow Goose is round and their feathers are very well defined. The neck is long and the head is very small. They have a bill that is short and pointed at the end with a triangle design. They have short legs and webbed feet. They have dark brown colors under their wings that you won’t see when they are standing still. When they are in flight though you can see them.

This bird is found in many regions around North America. They are found all over the USA, Canada, Mexico, Greenland and British Columbia. Those that live in cold areas including Siberia take part in the ritual of annually migrating to a warmer climate. During the winter many of the Snow Goose population end up in Central America.

During the migration period the Snow Goose females will often return to the location where they were born to mate. This can result in them as well as their mate making very long journeys annually to get there and back. They fly in a V formation to help reduce wind drag or collisions.

They are often found living in very large flocks which can produce a great deal of noise. They use vocalization to address territory issues, to establish hierarchy, and to communicate with mates and offspring. This bird tends to create very close bonds with the mate and their young. 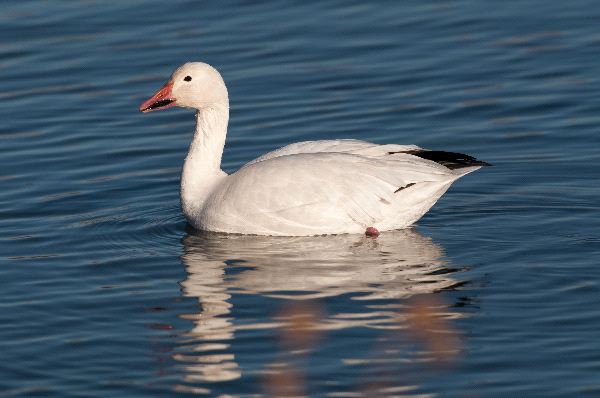 Seeds, leaves, and roots make up the majority of the diet for the Snow Goose. Their diet though can vary based on location and on the seasons of the year. In many regions they feed on corn, rice, and various types of grains. During the spring and summer they tend to consume lots of insects.

During the second year of life the Snow Goose will have the very important process of finding a mate. They will stay with the same mate for life so selection is very important. The males will approach potential females and offer various dances and sounds to her. If she doesn’t respond he may fly away to spend his time and energy with another female.

If she does respond though the couple will spend several days with each other. They will engage in dancing rituals where they look like they are mirroring each others movements. They may also find and share food with each other. After mating the pair will create a nest and there will be from 3 to 5 eggs placed into it.

The mother will take care of most of the incubating which lasts from 20 to 25 days. The male will only take over for her when she has to go search for food. The young are able to fly when they are about 40 to 50 days old. However, they will remain with their parents for a couple of years.

In captivity the Snow Goose is able to survive for up to 20 years. 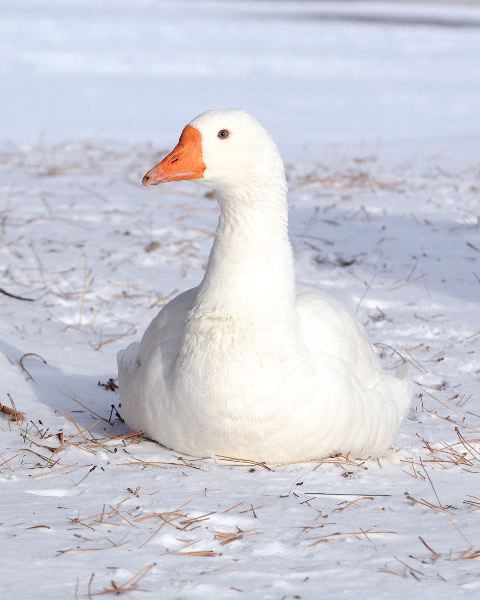