Lynxes and Bobcats – Similarities and Differences 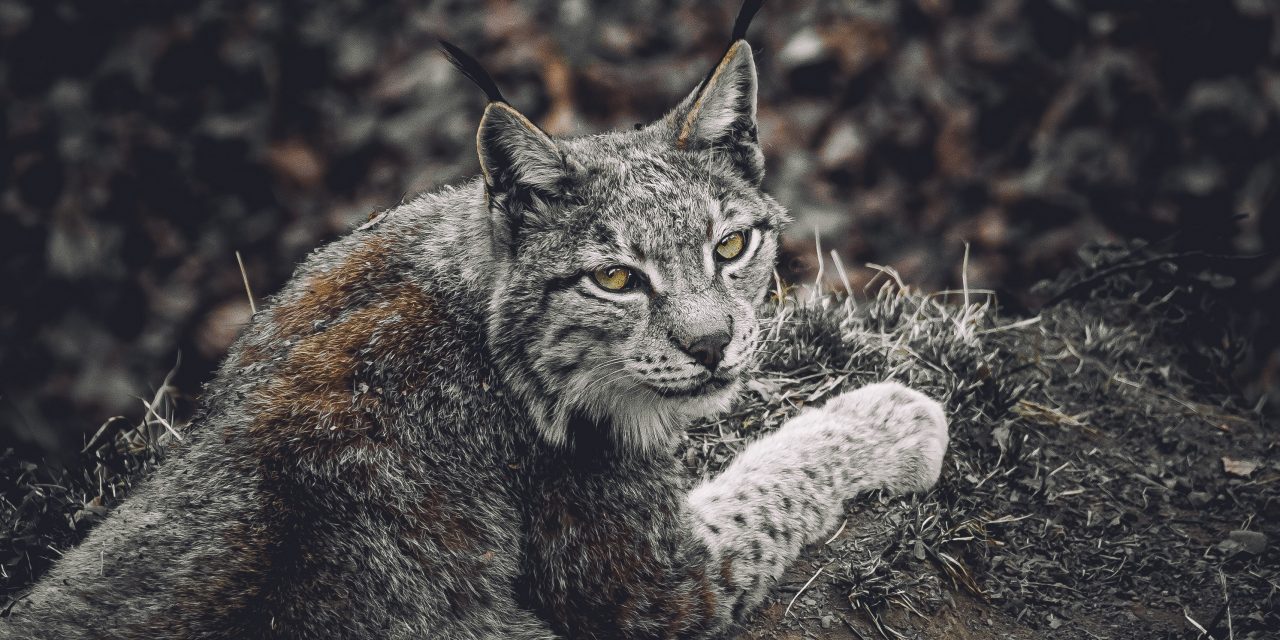 Lynxes are medium-sized cats common in mountainous terrains around the world. The lynx earned its name from the Latin Greek term “leukos,” which means light and brightness due to the cats’ luminous eyes shining in the dark. Lynxes are primarily nocturnal creatures since their prey is nocturnal, which requires their eyes to take in more light for better hunting capabilities. Lynxes constantly observe and listen with their round eyes and large ears for their next meal.

Though many cats possess these traits, significant key features set the lynx apart from other cats. Hal Brindley, a wildlife photographer in North Carolina, identifies these as:

The Joy of Animals states that the lynx genus has four different species including the:

Though bobcats are medium-sized cats, they’re smaller than a lynx and, according to HowStuffWorks, weigh an average of only twenty pounds. They’re common throughout southern Canada to northern Mexico and take refuge in rocky terrain like caves to escape either burning heat or freezing cold.

While the bobcat falls under the lynx genus family, its species has slight differences in appearance that differentiate it from other lynx, like:

Although the lynx and bobcat are different in appearance, their similarities span across diet, habitat, hunting skills, and overall behavior.

Similarities Between Lynxes and Bobcats

Lynxes and bobcats look similar with their stubby tails and tufts of fur on their ears. Their fur coats consist of a range of greys, browns, and tans. They reside on the smaller side of the wild cats scale and are skilled climbers with the ability to run up to thirty miles per hour for several miles. To put this into perspective, safari guide AfricaFreak reports lions having the ability to run at speeds of fifty miles per hour but only for short bursts since they have little endurance and little patience for their prey.

Additionally, Lynxes and bobcats pose little risk to humans and tend to avoid them, only attacking when threatened. While these cats are both carnivores, their prey varies drastically. We’ll explore these differences further below.

Differences Between Lynxes and Bobcats

The National Park Service reports that lynxes primarily consume snowshoe hare, which makes up sixty to ninety percent of its diet due to their habitat of boreal forests. Meanwhile, bobcats have a more diverse diet. They hunt and eat mice, rats, fish, birds, and even the occasional large animal like sheep, goat, and deer.

Lynx also have large paws with fur on the bottom of their pads to better grip the snow and run easily through wooded areas. Although, lynxes and bobcats living in warmer weather have shorter hair and less furry paws to help regulate body temperature. While bobcats also have short fur, they don’t live exclusively in heavily wooded areas. Their habitats range from deserts and swamps to mountainous and agricultural areas.

Overall, lynxes and bobcats have a hoard of similarities and differences. From appearance and size to diet and habitat, lynxes have more fur covering their long legs, paws, and ear tufts. Bobcats are smaller and with slightly shorter hind legs and shorter fur. Be sure to keep your eyes peeled on your next hiking trip for these wild cats and see if you can spot the difference between lynxes and bobcats.