Sharks are fascinating creatures that live in bodies of water, but they definitely get a bad reputation. Their large bodies, sharp teeth, and ability to sense prey make them a force to be reckoned with. Many books and movies also portray sharks as being deadly predators that will even go after humans. However, most of the experts agree that when a person is attacked by a shark, it is due to them being mistaken for a food source that they would normally find in the water.

There is evidence to suggest that sharks have been living for millions of water. This is based on fossilized remains and the overall evolution process. Even though there is some information, there are still plenty of theories that have yet to be proven or disproven in regards to how these creatures changed and survived over time spanning more than 400 million years ago.

The body of a shark is designed to offer it the ultimate movement in the water with ease. They have gill slits on the sides of the head and they also feature pectoral fins. The size and shape of them vary greatly as there are more than 400 different species that have been identified. There are a few species that are able to live in freshwater but almost all of them live in bodies of saltwater. They can live as deep as 6,600 feet below the surface of the water! 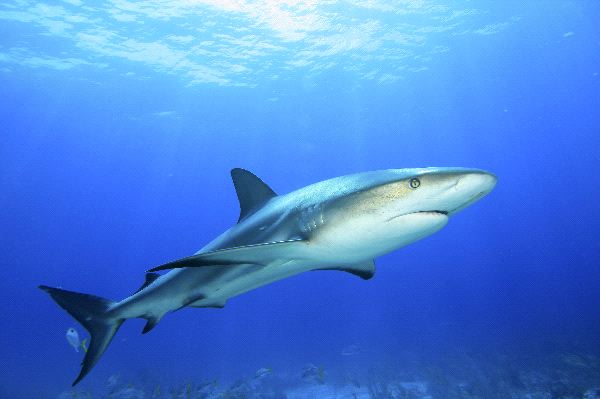 The senses of sharks are very good. They are able to see well and they have a very good sense of smell. They are also able to pick up vibrations of movement through the water. While many experts believe that sharks also hear well, it is very hard to test such theories. This is an area of research where more information is still needed to make a good determination. Combined, these senses allow sharks to find food as well as to avoid harm.

The behaviors of sharks can be fascinating to explore. There is plenty of variation though depending on the location of them, the species, and their size. The larger species of sharks tend to live alone. Many of the smaller species of sharks are very social and they will create populations where the largest will be on the outside to protect females and the young on the inside. 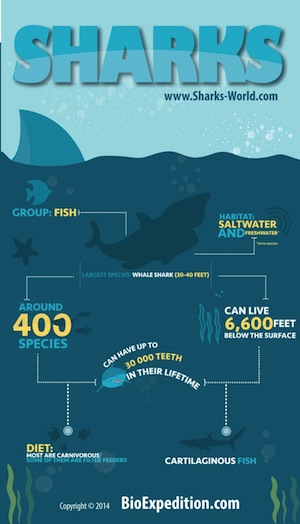 It is believed that sharks are very curious and that they are quite intelligent. Being able to measure their intelligence can be difficult though. Both in the wild and in captivity they have exhibited excellent memory and bonding efforts that many experts find to be quite amazing. What is observed though can vary based on species, age, and even location of the sharks that are being monitored.

Today, many of the species of sharks are at risk due to the drastically reduced numbers. This often has to do with changes to their natural environment. The bodies of water that they live in are often shared more and more with humans. This can result in them being harmed by boats or by commercial efforts. Intentional killing for sport has also become popular in some locations where sharks live. Pollution in the water and climate changes also contribute to lower numbers of sharks than in the past.

Part of the conservation efforts in place focus on offering a better environment for the sharks to thrive in. Teaching humans about the value of them in the water is also essential so that the shark is no longer seen as just a threat but a part of the overall food chain and balance of aquatic life forms.