There has been a tremendous amount of curiosity surrounding the senses of sharks. They are able to rely on a variety of senses to help them survive. Some of them have been researched quite extensively while others there is still plenty of information that isn’t well known yet and continues to be looked at as new methods and technology allow.

The sense most species of sharks use the most is smell. You will notice that many species have their nostrils spaced apart. This is believed to help with the overall enhancement of their olfaction abilities. They don’t have a fused duct either which could explain why they seem to have better smell than other types of bony fish. It is true that some species can detect a small amount of blood in the water that is quite a distance from them.

It is believed that sharks are able to determine which direction to go in order to follow scent based on the time of that scent for each of their nostrils.  The chemicals of most other forms of aquatic life forms is what they are attracted to. Those species of sharks that feature barbels externally are able to smell better than others.

Sharks also rely on their sight to be able to detect danger and what is in the water around them. They are able to see very well in the dark and in the water. They have the ability to dilate their pupils just like a person can. Some species of sharks though don’t seem to have the best eyesight. This is why some experts believe when they attack a human it is on accident – they thought it was a food source.

It is extremely had to get information about the hearing abilities of sharks. However, it is believed that some species have excellent hearing. In fact, some experts have the belief that they can hear prey that is several miles from them. There are pores that lead to the inner ears. The use of vibrations to pick up on sound is believed to be widely used by sharks. They can have large numbers of ampullae that allow them to pick up those vibrations. 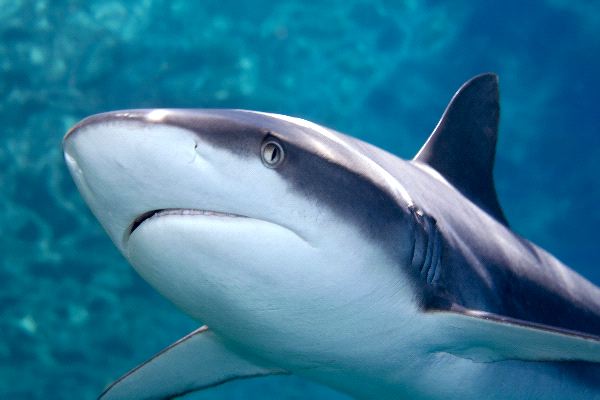 It is believed that when it comes to electrical sensitivity, the shark has the greatest ability with it than other forms of aquatic life. The use of ocean currents and the Earth’s magnetic field can help them with finding prey that may be hiding from their sight in the sand at the bottom of the body of water.

The lateral line is what is found in sharks and most other types of fish. This helps it to detect vibrations and motion in the water. Since sharks don’t do well in captivity though and many of them are dangerous to be around in the water, it is hard to gain valuable insight as to their senses and that is why there continues to be theories and debates on this particular topic.

For example, most believe that sharks have no sense of taste. If that is the case, then the thoughts about some species having a desire for human flesh is wrong. If they have no sense of taste, then a surfboard with a surfer on it could seem the same to them as a type of fish they would normally consume in the water. From that point of view, sharks aren’t aggressive creatures after man after all! If that could be proven, perhaps those that are so fearful and have a hatred of sharks would change their perception. They may work to protect them instead of to eliminate them.