Mating doesn’t occur for sea turtles until they are at least 12 years of age, except the Hawksbill turtle. Their sexual maturity may range from as early as three years. Depending on the species though, could be around 40 years before they mate. Many experts believe that age isn’t the driving factor though, size is. They believe that as a sea turtle gets larger it is more likely to be able to take part in mating.

When you consider the fact though that they can live to be 80 years of age, it is a short time period. Still, that means many of the young won’t survive long enough to mate in their lifetime. Sea turtles live alone from the moment they rush to the water from the shore. The exception is when they are looking for a mate or when they are going to a nesting area to place their eggs.

While the males are the ones on the move courting the females, she has the final say about who she will mate with. Males can be very competitive when it comes to getting the attention of females. They can both pursue her until one of them gives up from exhaustion. Mating can occur any time from March through October. The specific time though depends on the species of sea turtle.

There are very few times that a sea turtle will leave the water. Females are out of the water more than males though as they go to land in order to deposit their eggs. The females can have more than one different deposits of eggs per nesting season. What is very interesting is that the females often return to the same nesting location where they were born to do this. It may be a very long journey but one that they instinctively are able to make. 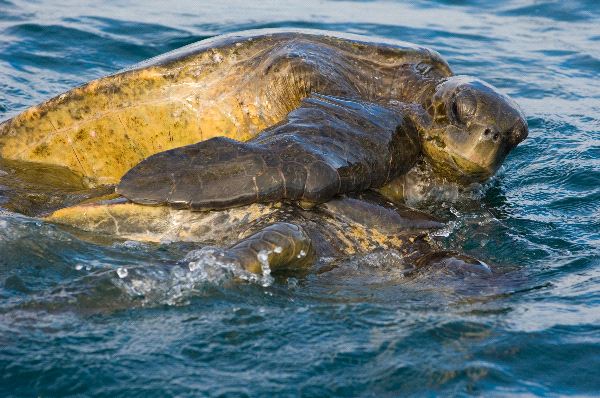 The females have the chore of digging a nest using their back flippers. They will bury their eggs in clutches. The deposit of eggs can be from 50 to 250 depending on the species of sea turtle. After depositing the eggs in the nest, the female still has more work to do. She has to cover up the eggs with sand so that they will be protected from predators that may come along.

She also has to cover them so that the porous shells can be moist because if they dry out then the young can’t survive. Covering the eggs also helps them to keep the temperature they need with the changes from day and night in the environment. It can take a female approximately one hour to create the nest from start to finish. Once the eggs have been deposited the female will make her way back to the water. The eggs can remain there for up to 60 days. 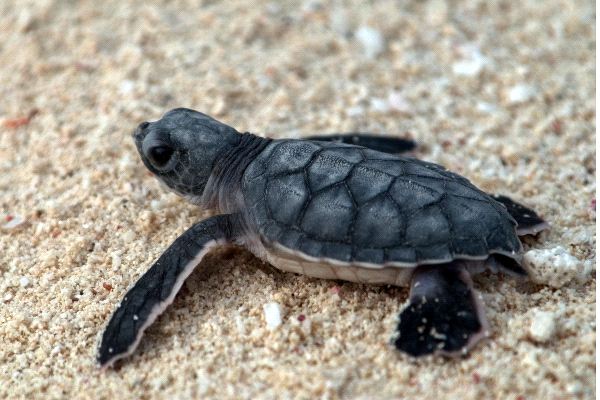 The young will have to find their way to the water upon emerging from the eggs all on their own. It can take them up to a week to dig out of the nest though. Only a small percentage of them end up being able to do so though and the rest become a food source for a variety of predators.

The gender of the turtles will be determined by the temperature! When the temperature is above 85 degrees Fahrenheit the offspring will be mostly female and when it is below that threshold they will be mainly male. Females will only mate and deposit eggs once about every 3 years.