It is difficult to be able to determine the exact population of any species of sea turtles due to the fact that only females come to shore. However, the females will only come to shore for nesting once every 2 or 3 years depending on the species. However, there is enough data to indicate they are in serious danger of overall survival due to loss of habitat. Not only in the water, but also due to the nesting locations on the beaches where the females return to lay their eggs.

Right now the Kemps Ridley Sea Turtle is at the largest risk of becoming endangered. There were 42,000 nests considered in 1947 but over time that number has continued to drop significantly. Conservation efforts for this sea turtle started in the 1980s and has helped. Part of the protection in place for them includes protection of certain beach locations where nesting is known to occur.

There isn’t enough information to accurately determine the number Flatback Sea Turtles at this time. They do have a smaller distribution area though and that is why conservation for them is so critical. They must have their habitat protected and issues with exploitation eliminated or there will be dire consequences for them.

There isn’t sufficient information to determine what the risk is currently to Green Sea Turtles. However, it is believed that in the past 100 years or so they have dropped by about 50%. It is believed that there are from 200 to 1,000 green sea turtles nests annually around the beaches of the United States. 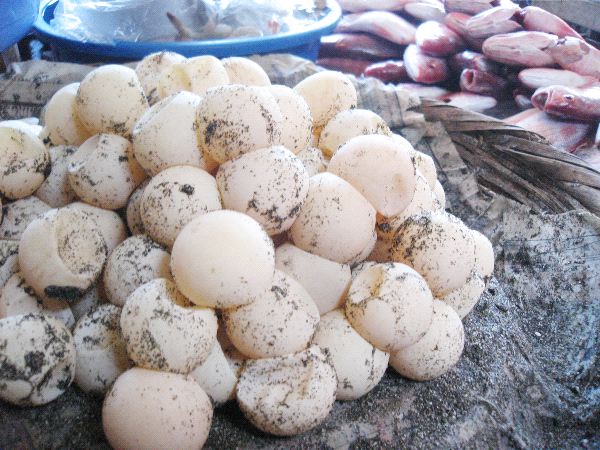 The data is also very low when it comes to the Hawksbill Sea Turtles. There are estimated to be about 15,000 females that nest annually but again it is very difficult to get a good count. The largest number of any species seems to be the Olive Ridley Sea Turtle. For example, in 1991 there were over 600,000 of them counted as nesting females in the span of one week!

In many parts of the world, sea turtles are consumes for their meat. Hunting for them has become easier with many of the sophisticated methods of radar locators and nets that can get large numbers of them at once. Sea turtles can also accidentally end up in the traps for other types of aquatic life.

Many people don’t realize that the sea turtles are very important to our beaches and water too. For us to enjoy the beaches we have to be able to prevent erosion. There are vital nutrients for the beach in those egg shells that are found along the bodies of water annually. Sea turtles also consume stingrays that could prove to be very dangerous in the bodies of water that humans enjoy activities in.

Sea turtles also help to keep the sea grass well maintained. It has to be short in order for the health of various fish, crustaceans, and shellfish to thrive in their environment. Sea turtles are one of the few creatures that do this so without their numbers the entire chain reaction it can cause could reduce food sources for many other living things in the water.

Pollution in the water due to chemicals, trash, and human waste are a serious problem for sea turtles to contend with. They are vulnerable to various forms of disease that could result in them developing tumors on their flippers which can limit movement and finding food.

At this point in time, all of the species of sea turtles are considered to be endangered in the United States. Some of the best conservation efforts for them are in conjunction with the NOAA Fisheries and the US Fish and Wildlife Services.