The Sea Otter has a small round face that is absolutely adorable. Just about everyone that seems them has a comment in that regard to make. They can be up to 100 pounds so they are the heaviest of all species.

The Northern Pacific Ocean is the primary location where you will find the Sea Otter.The Sea Otter is the only species that doesn’t go to land for much time. Experts believe that it can move on land but that it chooses not to. It does very well living exclusively in the water. However, they do choose to live close to the shore so that they can find food easier. California is a prime location for Sea Otters to reside.

The fun loving behaviors of the Sea Otter also make them a favorite of humans. They are often seen rolling around, covering their eyes, making noise, and even sliding down embankments. They are very active during the day and then to sleep at night. They are also known to sleep in the heat of the day before continuing to hunt for food and to play in the late afternoon. 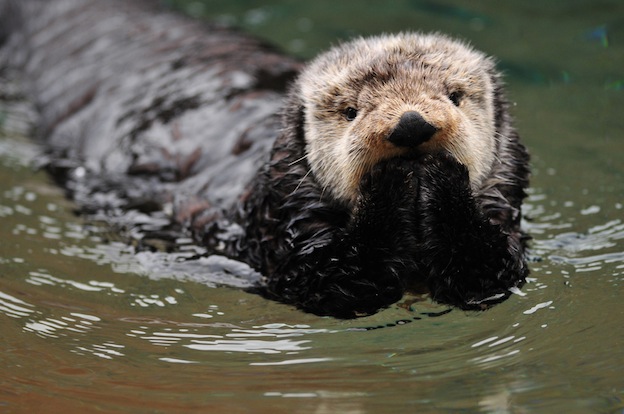 The main part of the diet for the Sea Otter consists of mollusks and crustaceans. They do consume some small types of fish but not to the same degree as other species of Otters do. They do mainly feed during the day but many of the females with pups tend to hunt at night instead.

These Otters are able to use rocks and pieces of wood to open up the shells of many foods they want to consume.

Breeding often takes place in the spring. Males can become very aggressive during this period of time. They usually don’t care if other males wonder into their territory but it won’t be allowed now. Females can continue to wonder around and when they get into the region of a male they are likely to mate. There are generally about five times more females than males so this is going to be a frequent occurrence.

The males and females have a variety of sounds that they use for mating to take place. Many people hearing it assume that they are listening to a type of bird cooing in the distance. Since this type of Otter is generally a loner this is one of the few times that they will be heard communicating vocally. 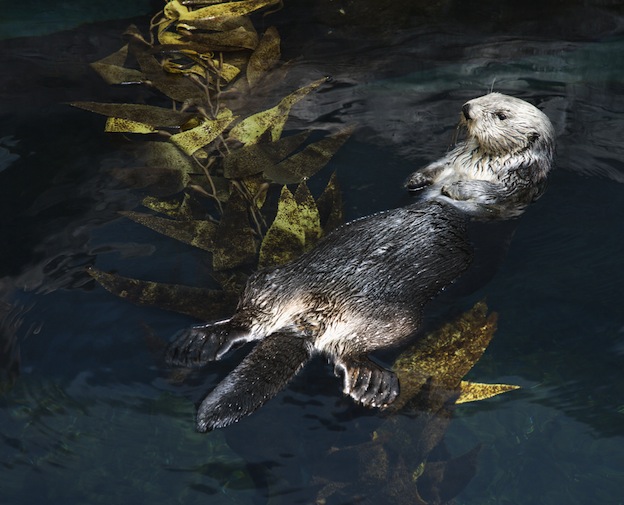 Sea Otter swimming on back on water’s surface in aquarium in Lisbon, Spain.

The females will nurse the pups from 6 to 8 months of age. The time frame will depend on when the offspring develops the right coat of fur that will allow it to easily dive for food on its own. The females are very compassionate and they will even care for orphaned pups so that they don’t starve.

They also cradle their pups in their arms and dedicate a great deal of time to grooming them. A female will be heard making screaming sounds of distress if her pup dies. She may carry it with her in the water for several days before moving away from it.

The Sea Otter was almost completely extinct by 1911 with less than 2,000 of them remaining. However, thanks to successful conservation efforts the numbers have continued to increase. In most areas it is illegal to harm or to kill them due to the fact that they remain listed as an Endangered Species.

The biggest conflict between humans and Sea Otters is that these animals tend to be in their way. Commercial fishermen get upset that these Otters are consuming fish they would be able to make money from. They continue to use nets that injure or drown these Otters.