The Sea Cucumber is a type of marine life form. They are a type of echinoderm so they have an endoskeleton. They also have various forms of connective tissues that comprise them. There are many species found and experts believed that they may not have even identified all of them yet. More than 1,250 species have been classified so far.

They have skin that is leathery and a very long body. They seem to be jelly like and are often confused with slugs. The wall of their bodies is formed by collagen. This allows them to make their body loose or tight. Then they can easily get in and out of small crevices. This can help them to escape predators too.

They range in size from 4 to 12 inches long. There are a few species though that can be just over 3 feet long. They don’t have a brain but instead a very detailed and complex nervous system. They don’t have any sensory organs so what they take part in is all based on programming and instinct. They do have a mouth but it is hard to see. They tend to be laying on their side in the water so that is why those elements are harder to identify.

They are found on the bottom of the floors of seas around the world. They live in very large numbers and are believed to make up the biggest overall population of biomass. Both Alaska and China have very large numbers of the Sea Cucumber living in their waters. In the past couple of decades they have substantially increased in numbers in the water around California.

While the Sea Cucumber can’t vocalize it uses other means of being able to communicate with others. They are able to send signals that involve hormones through the water. They can liquefy the body when they need to in order to get away from predators. Some of the species are able to emit a stick substance too that the predator will get tangled up in.

Sometimes they will allow part of their body to be pulled off in order to escape danger. Then the Sea Cucumber will lie low for a few weeks in order to give that part of the body time to regenerate. This is a process that can continue during the span of their life in order for them to be able to survive. Missing body parts for any living creature could hinder their ability to thrive. 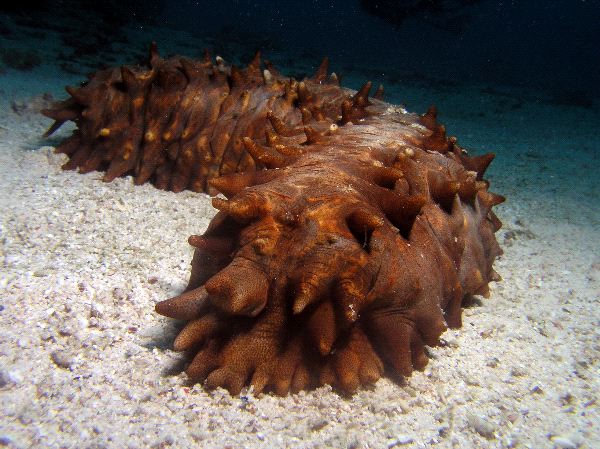 This living creature is a scavenger and it will take any food sources that it can find. They tend to consume a variety of debris that is found at the very bottom of the ocean floor. Some species also consume anglerfish. Decaying matter and plankton though make up the majority of the diet for the Sea Cucumber.

They leave their tentacles open and this allows them to capture food through them. They can also be found sifting through the sediment at the bottom of the ocean to be able to find any food there.

Mature Sea Cucumber females will deposit eggs as they move around in the water. Males will be attracted to them through the hormone scents and deposit sperm on those eggs. The eggs can be very vulnerable to predators so only a fraction of them will be able to emerge.

They are larvae for several months before the body parts of the Sea Cucumber start to emerge. The temperatures of the water will affect that time frame. Typically the warmer the water is the faster they will develop through those stages. The average lifespan in the wild is from 5 to 10 years. 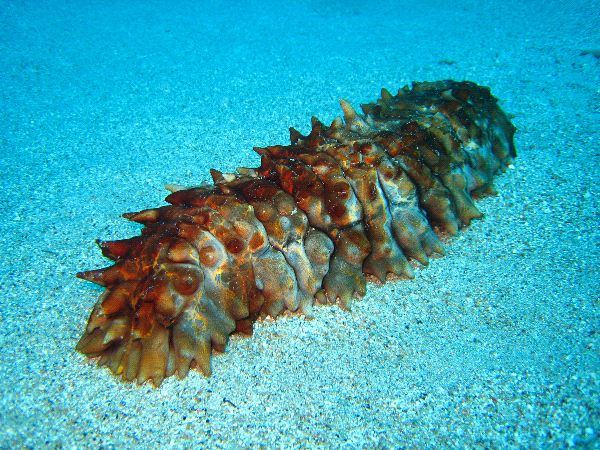