The Sandhill Crane is a very interesting bird. They can be up to4 feet tall when they are mature and have a wing span up to 7 feet wide. The males are heavier with a weight of about10 pounds compared to an average female of 9 pounds.

The colors are different from the young Sandhill Crane and those that are mature. The young feature a brownish color. As they become adults they develop a reddish forehead. They go through a molting period that will reveal gray feathers for them. They often have a reddish brown tint in the feathers though. This is due to preening in the mud and plants. Its legs and neck are long.

There are plenty of locations out there where the Sandhill Crane is found. They tend to live around the freshwaters and wetlands. Most of them live in North America but there are also some found in Cuba and Siberia. During the winter months the Sandhill Crane will migrate to warmer locations. They are frequently found in large numbers taking up residence in Florida and Georgia.

The call from the Sandhill Crane can be heard more than a mile away. They are vocal to give warnings, to call mates, and for social interactions. They fly with their necks extended and they will always land on the ground, never in trees to rest. They are very curious birds and they will go investigate what has gotten their attention. They have a great endurance to be able to fly for long periods of time without stopping. 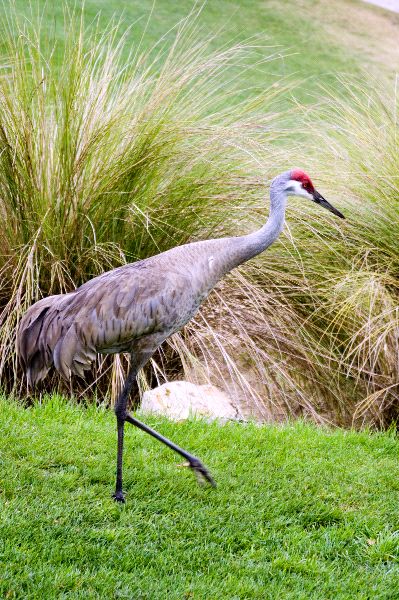 There are plenty of sources of food for the Sandhill Crane. It depends on their location and the time of the year. Some of the common food items that they will find are snails, worms, rodents, reptiles, frogs, roots, seeds, grains, and fish. Their ability to feed on both plants and animals makes it very possible for them to adapt well to changing seasons and environmental factors.
They rely on their bill to help them probe for food. The bill is very slender and sharp so they can use it to spear their prey. They often cover it up with mud too so that they are able to blend into the surroundings. This gives them the element of surprise when it comes to getting their prey. They swallow their food sources so they can only consume food that is able to fit into their mouth in a single gulp.

The courtship rituals include the males performing various dances and bowing. This is to gain the attention of the females. Once a female is attracted she too will take part in that dancing routine. They will quickly synchronize their movements to mirror each other during the dance. This dance can continue for a few minutes or for several hours before they are ready to mate with each other.

After mating the pair will work to create a nest around a marsh location for the eggs to be placed into. They usually have 2 eggs at a time. The incubation period can take up to 30 days and either the mother or the father will be there at all times to warm them and to guard them. Within a day of coming out of the shells they can run around the nest and even to nearby twigs or branches. It will take about 10 months for them to be strong enough and to have enough feathers to fly away from the nest and start the independence. 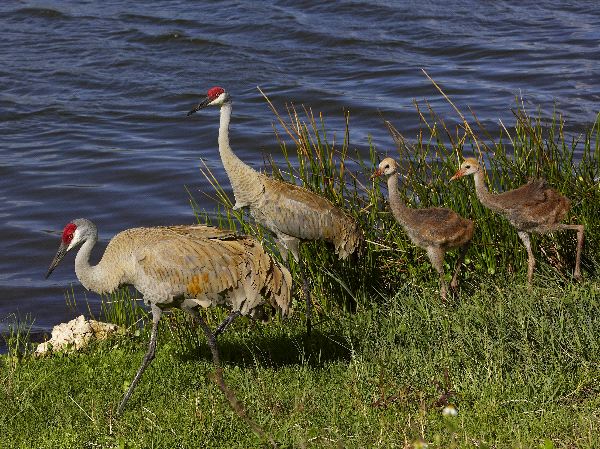