The Right Whale belongs to the category of Baleen Whales. The name may sound peculiar, but it stems from the fact that with early whaling, they were considered the right ones to hunt. This is because they will float when they killed. They also tend to stick close to the shore so it makes it easier to hunt them. They don’t shy away from boats or people either so it make hunting for whales so much easier when compared to the process for many other species.

The body of the Right Whale is very dark in color. They may be dark gray or dark black. One of the distinctions with them is that they have rough patches of skin. Most species of whales have very smooth skin. They have callous like patches on the head and the back. They don’t have a dorsal fin. They may have patches of white around the eyes. This is due to what is called whale lice that builds up. They can be up to 59 feet long and weigh up to 80 tones when fully grown.

Approximately 40% of their body is fat called blubber. It allows them to float so well. It is also what offers them insulation and allows them to fast during migration. They are very round and thick in the middle. They have tail flukes that are very long. They have a V shaped area on the top of the head where there are two blowholes. They feature 200 to 300 baleen plates on each side of the mouth that they use for filtering food.

They are found living in areas that offer them moderate temperatures. There are distinct Northern and Southern groups that have been identified. Those in the South will migrate to the open ocean to find food sources. They tend to stick around bays and peninsulas though that offer them plenty of food. They also migrate for mating purposes. 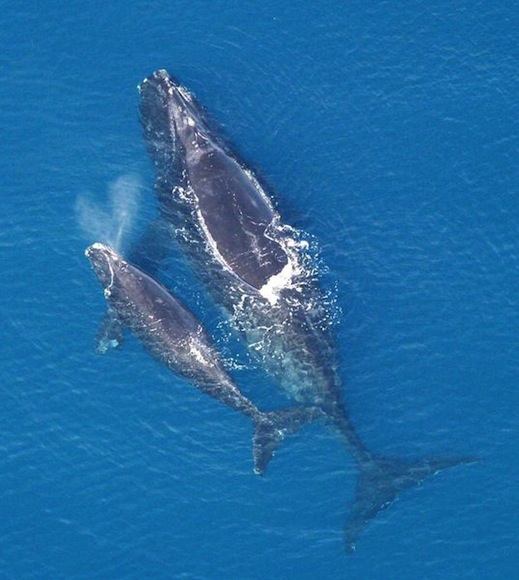 While vocalization has been observed with the Right Whale, it isn’t as loud or frequent as that from many other species of whales. They make some interesting noises though include belching, groaning, and popping. These sounds allow them to effectively communicate among each other. With the Northern population, they have been heard offering sounds that are similar to those of police sirens.

Their diet is quite diverse including crustaceans and zooplankton. Krill is a very common part of the diet. The Right Whale is very opportunistic though and they will consume just about anything. They rely on the filtering system to take in lots of food and water. There is a great deal of pressure with the water and it is expelled. The food that remains in place is swallowed whole. To help them access as much food as possible, they swim slowly with their mouth wide open. 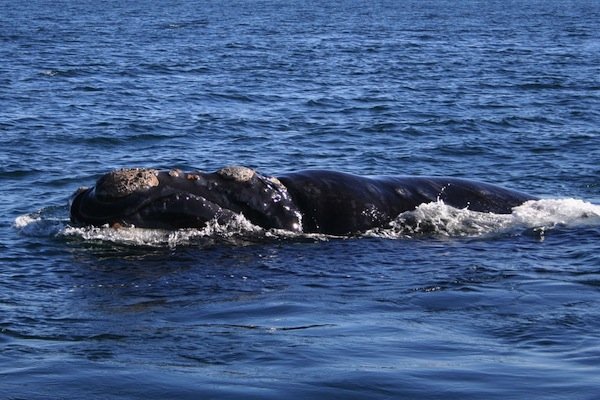 There isn’t much known about the mating rituals and selection for them. Mating generally will star to occur for Right Whales between the ages of 7 ½ years and 9 years of age. Mating occurs in the winter months and it is about 1 year later that a calf is born. The young can be from 13 to 20 feet long and weigh close to one tone.

Females usually will have 1 calf every 3 to 4 years. They will drink milk from the mother’s body and grow rapidly. By the end of the first year of life, they will have doubled in length. Even though the calf will likely be weaned around 1 year of age, many of them stay with their mother for a second year. It isn’t fully understood why this occurs sometimes and with others it doesn’t.

Due to how easy it was to kill and remove them from the water, the Right Whales were nearly hunted to extinction. They were protected under International laws starting in 1949. This significantly reduced the risk to them, even though it is known some illegally hunting is still taking place.

Due to the curiosity of this whale, they are often struck by heavy ships in the water. This can result in serious injury or death. A key part of conservation efforts for them has been the mandatory reporting of any large whale sighting or striking by ships that use United States ports. This helps to identify locations where the Right Whales live as well as possible migration patterns.

Slow reproduction rates tend to be a big barrier with increasing overall populations. In some locations such as Africa, their numbers seem to be going up and that is encouraging. However, the North Right Whales are in grave danger as they are very endangered. There are believed to be only a few hundred of them remaining.