There are five species of Rhinoceros that remain on the Earth today. While they are all similar in basic ways, there are enough differences for them to each have their own category as well as name.

Many people are under the assumption there are just ‘rhinos.’ There are, in fact, several different sub-species of rhino. 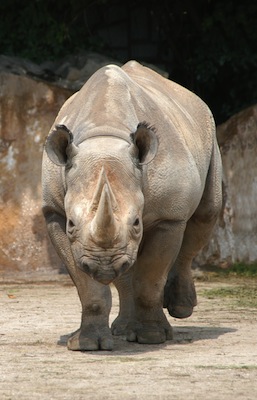 This species of rhino has two horns, the largest one near the end of the snout, a secondary smaller one closer to the bridge of their face.

The black rhino is the smallest of the African breeds. It is critically endangered, with very few left in the wild, and a dwindling population in captivity.

The Indian rhino is the second largest rhinoceros, next only to the white rhino. Males are generally larger than females, and have large folds of skin in their necks.

The Javan rhino is one of the rarest mammals left on planet earth. They are critically endangered, and continue to lose population density every passing year.

Sumatran rhinos are the smallest species of rhinoceros. This species is critically endangered, meaning that they are very nearly extinct.