Once, rhinos were as far flung as Northern America, and Europe. Separate rhino subspecies have existed in almost every environment on the planet. Their ancient appearance belies more than simply the age of the species, but also reflects many of the locales it has evolved in. Today, the few remaining instances of rhinoceros are rare and they are heavily protected, some going so far as to keeping armed guards to scare away poachers and other unruly hunters. Not all protected species of rhino will be able to return to their natural environments and even those who can will have to stay under close surveillance to be sure they are not hunted back into extinction.

The southern subspecies of white rhino has been pushed to just five countries in the African brush. Most still exist in national reserves and under the watchful eye of human protectors, but they have been returned to their natural habitats in some instances. The northern white rhino has been declared regionally extinct, but once roamed four countries in North Africa. The last northern rhinos were seen by man was in 2008, in Garamba National Park. The white rhino may one day take back its natural habitat, but it is unfortunately, unlikely.

Both species, white and black rhinoceros, evolved as grazers in the southernmost sections of the African continent. The black rhino may once have lived as far north as Egypt, but their presence there may have been hindered by the larger two-horned rhino. Regions this rhino was known to proliferate, are the countries, Chad, Sudan, Botswana, and South Africa. Today, the largest populations have been moved to more protected reserves, and have been listed regionally extinct in some countries. At least three subspecies of black rhino have been listed functionally extinct after being reintroduced into their natural habitats, and they are presently a critically threatened species. 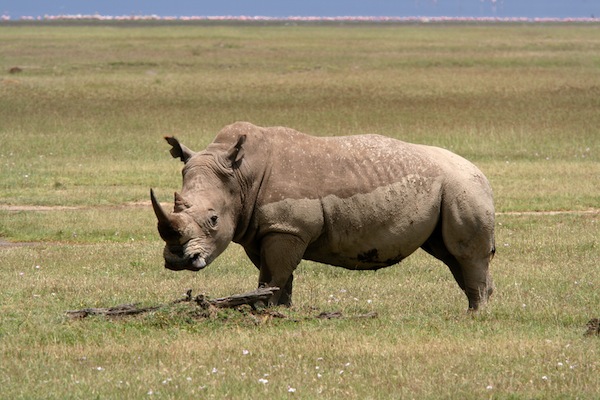 Historically the Indian rhino has been nearly as prolific as the white rhino, but have lost much of their natural habitat to the development of nearby cities and overhunting. These rhinos may have lived in China and Myanmar prehistorically. The Indian rhino is one of the most prominent examples of environmental change causing its gradual extinction, as that range has shrunk to three countries, Nepal, India, and Bangladesh. Most of these rhinos live in large natural reserves in this area, and resurgence in the population has brought them to a Vulnerable conservation status.

The Sumatran, or lesser wooly rhino, was once native to Bhutan, Bangladesh and other countries, but poaching has severely limited their population, and has pushed them back to Sabah (Malaysia) and a few other scattered reserves. They are considered critically endangered today and will never see their natural habitat again. Evidence of at least one rhino has been observed in East Kalimantan reserve, where footprints, scratching posts, and freshly dug wallows.

The Javan rhino only exists today in two major national parks. Ujung Kulon and Cát Tiên National Park. They may once have populated large portions of Vietnam and Southern China. Ujung Kulon currently houses 35 recorded rhinos, but the population does not currently support repopulation. In 2011, the last javan rhino in Vietnam was found shot. These rhinos do not handle life in captivity well either, their lifespans decreasing to as low as twenty years. If the population could achieve some semblance of genetic diversity, conservationists may attempt to reintroduce them into Vietnam, though the chances of such are slim.