The Red Squirrel gets its name from the rusty red coloring that it features. They have a thin body and a tail that is very bushy. However, that color can change during various times of the year. They may be brown or gray at times of the year and so they are often mistaken for other species of the squirrel. They often appear to be curious about their surroundings with a look of wonder. They are very fast too so if they are startled they will take off quickly.

The face of this squirrel is long and they have a pointed nose. They have long pointed hears and excellent hearing. The belly area of them is white in color. They are able to walk and run on all fours but they are often on their hind legs so that they can hold items with their front ones. They use their powerful tail to help them with steering as they move very quickly through the trees. The Red Squirrel weighs about 8 to12 oz. They range in length from 7 to9 inches.

The Red Squirrel is a tree living animal. They spend most of their time in the trees and they are able to jump very wide distances to get from one tree to the next. The largest numbers of them are found in Ireland and Great Britain with large numbers also being found around Scotland and northern Asia.

Twice per year the Red Squirrel sheds the fur to accommodate for the various seasons. During some times of the year that fur will be thick and when it is warmer out it will be much thinner. They rely on their sharp claws that are curved for them to be able to successfully climb both up and down on the body of trees. 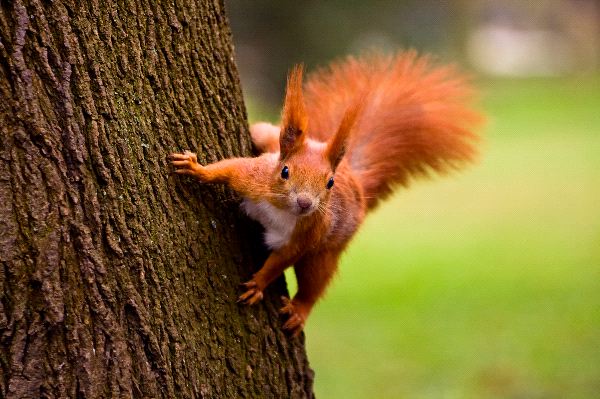 Nuts and acorns make up the majority of the diet for the Red Squirrel. When they are finding plenty of food they will also store it up in trees. They will have several locations too so that if one food location is taken by a predator or destroyed then they have others they can get food from.

Mating can occur during both the winter and summer months for the Red Squirrel. The females will give off a strong odor while in estrus that attracts the male to her. There can be several males around one female. She will run and which ever one of them is fast enough to catch her she will mate with.

Females are usually ready for mating when they are 2 years old. When food is scarce the Red Squirrel will be less likely to take part in mating. This is a natural process for them to help ensure a balance.

Females often have two litters of young per year. A mother can have 3 or 4 young per litter, they arrive about 38 days after mating. They can’t see or hear for about 3 weeks to they are completely dependent on their mother. They are able to look for their own food around 6 weeks of age. The average lifespan in the wild is 3 years.

While the Red Squirrel is often hunted for the fur, the number of them remains high enough that there really isn’t a worry about the future of their population. In Europe it is protected from such hunting but since the penalties are tough to enforce there is often very little action taken and not a big deterrent for those that wish to take part in such hunting efforts. 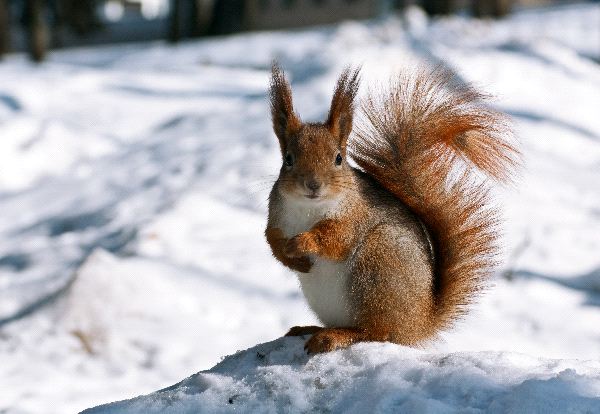