The Red Panda is very pretty and one of the animals that people really seem to be attracted to. They are a small species, just larger than a domestic cat so people love the idea of cuddling with one. Of course they are wild animals and so that idea isn’t really one that should be acted upon. The body is about 22 to 25 inches long and the tail adds another 15 to 19 inches to them. They range in weight from 8 to 14 pounds with the males being larger than the females.

The fur of the Red Panda is a reddish brown color and they have thick fur. They face looks very similar to that of a fox with pointed ears and a pointed muzzle. The face has areas of white on it. They also have long whiskers. They have a long tail and they move slowly. They sway from side to side with an unusual gait as they walk. This is due to the front legs being shorter than the back legs.

The forest of the Himalayas are the home for the Red Panda. They enjoy warm climates with plenty of trees around them. There are small populations in areas of China and Nepal around the foothills. The population is very spread out and that makes it hard to identify where they are. Since they rely on the bamboo for most of their food they have to live where they can get enough of it to survive.

You won’t find much going on in terms of behaviors for the Red Panda. They tend to be still most of the time and the only real activities for them are feeding, mating, and caring for their young. They are very territorial though and they like to be left alone. The do make some whistling sounds that help them to tell others that a territory is already taken.

They tend to sleep most of the day and to be active at night. When they wake up the first thing they do is spend time grooming like a cat. They do this to be able to stay as clean as possible. They will do this grooming before they even look for food. 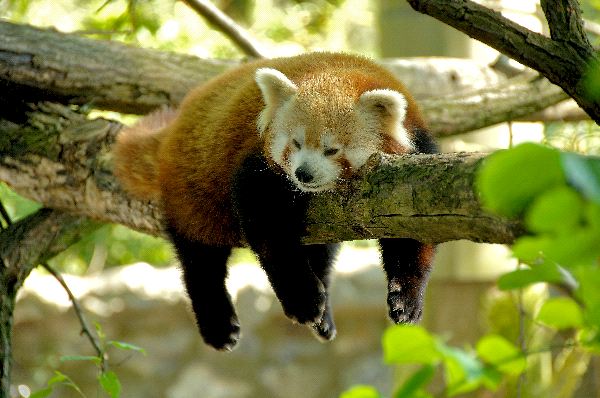 Like all Pandas, bamboo is the main source of food for them. They have to consume it for many hours per day. Since bamboo has very little nutritional value they tend to spend most of their day either eating or sleeping. They also consume eggs, insects, and small mammals though.

The Red Panda is mature between 2 and 3 years of age. Mating is from January through March. After a pair mates they go their own directions and both of them may mate again with others. The gestation period is from 112 to 158 days with it being sooner if the temperatures are warm. The female will create a nest for the young. She may have 1 to 4 offspring.

They will be left alone while she finds food but she will return often to feed them. When they are about 90 days old she will start to take them with her to search for food. They will remain with her until the following summer, but she will make them leave before her next offspring arrive.

There are less than 10,000 of them left in the wild today due to their destruction of habitat. As a result they are listed as being vulnerable. There are some conservation efforts in place to assist them with increasing in numbers. Part of that process involves placing many of them in zoos where they can be observed.

Breeding programs are also in place because there are concerns in the wild about the lack of genetic diversity. This can result in unhealthy young that aren’t able to thrive. Poaching for the fur of the Red Panda continues too even with laws in place that make it illegal to hunt them. 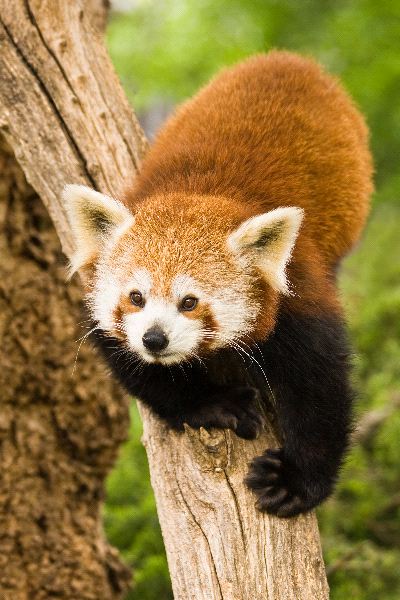