The Pronghorn is often mistaken for an Antelope but they are very different in several ways. They are closely related to each other though so many experts believe that they share a common ancestor that dates back millions of years. The males can range from 3.5 to5 feet long and be close to4 feet tall. The females tend to weigh about100 pounds and the males around150 pounds.

The name for this animal comes from the fact that it features two horns, with a prong type design. This is a bone that grows and it offers a permanent core. They do shed the sheath that covers it though throughout the year and then it will grow back. Both genders have these horns but they are considerably longer for the males.

They body is long and slender with a light brown color. They have white underneath and white on the rump. They have long legs with hooves. They also have white on the face and under the chin. This coloration scheme allows them to remain camouflaged in their surroundings.

The Pronghorn is found living around North America. Canada is well known for offering a great deal of habitat where they reside. They are distributed throughout the treeless plains, basins, and deserts.

They often live in small herds. However, in the winter months the males and females will form herds that are very large as they migrate in search of food. In the spring though the males will leave to form bachelor herds and the older males will take on a life of isolation. The females will form smaller groups with their offspring. Each herd has a dominant female that determines when they stay to eat and when they move on from a given location.

They have a variety of vocalizations that they use for warning signals, to find mates, and to communicate with their young. They are very social and there are various subgroups that form within the larger herds. The dynamics change often though as leadership roles are challenged.

They are very fast animals and can run up to 60 miles per hour. However, they can sustain a speed of 30 miles per hour for long periods of time. Many would assume that the Pronghorn jumps over fences that they come along in their habitat but they don’t. They actually will crawl underneath them. 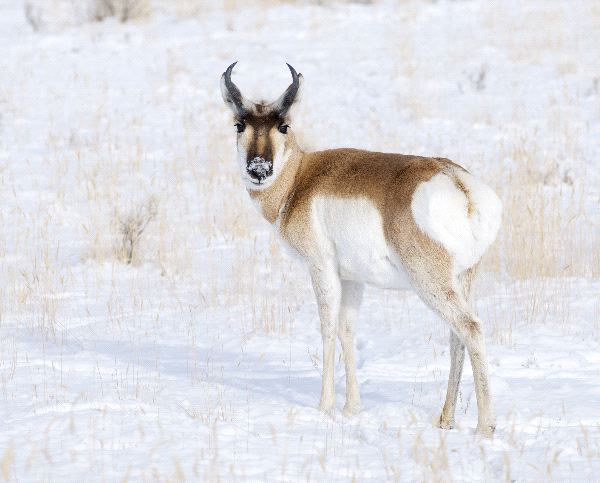 Almost all of the diet for the Pronghorn comes from non woody plants. What they will have access to depends on their location and the time of the year. They can spend a great deal of time moving around their home range to find food. They are very good at knowing where they can get food during a given time of the year too.

The mature male Pronghorns are very aggressive when it comes to being able to mate. They have to fight with each other to show who is dominant to win the right for mating. They often engage in lengthy fights that include the use of their horns and their bodies. Once a pair has mated the female will carry the young in her body for about 235 days.

The young are very vulnerable to predators so the mother will try to hide them in the habitat. The mothers leave the young in the care of others and they form a type of nursery establishment that cares for them and protects them. They are mature about 15 months of age and the males will then have to leave to join the bachelor group after the winter is over. 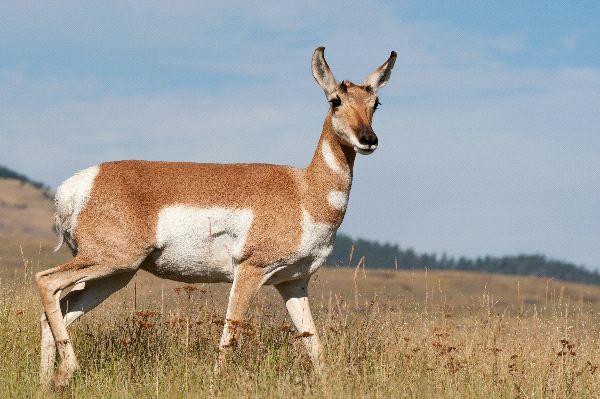