There is no mistaking what you are seeing when a Porcupine comes into view. They are well known for their dangerous quills that they can come out easily upon contact with the unknown visitor. Many people don’t know much else about them though. For example, the fact that they are classified as rodents.

They are the 3rd largest of all rodents in the world. They can be from 25 to 36 inches long. The tail can be another 8 to 10 inches. The weight can vary by location from 12 to 35 pounds. Their name means Spined Pig in French.

The color of a Porcupine is to help them stay well camouflaged in their habitat. That is why some of them are gray and others are brown. There are some that have white on them as well. They have a large body that is round and they move at a very slow pace. Their quills are very sharp and they will not use them by shooting them towards any location as the people think. New quills grow to replace lost ones.

Asia and Africa are the native locations for the Porcupine. They have become huge pests around areas of Kenya due to their high populations. They are also found around South America and North America today due to human introduction but they have been able to thrive in such areas. They tend to stay around rocky regions more than 12,000 feet high. They are found both in grasslands and along hillsides. 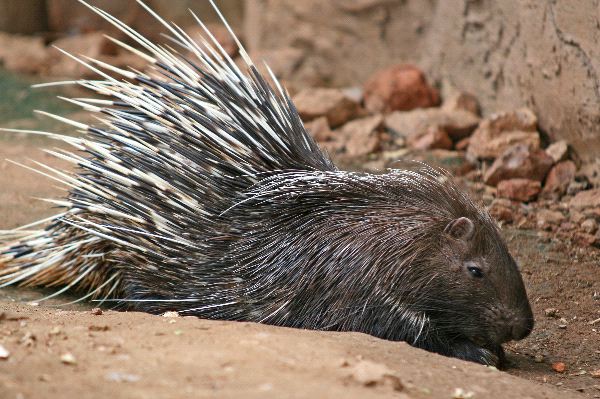 Most of the activity for the Porcupine takes place at night. It is rare to see one out and about during the daylight hours. When this animal releases quills for protection the body will be able to create more from keratin.

They are often found in regions that bring them very close to humans. Most of the time they are looking for salt. They may gnaw on paint, plywood, doors, clothing, and more if they can get salt from them. That is why in many areas humans have gone to great lengths to keep them away. They are excellent swimmers and climbers.

They tend to be solitary animals except for when they are mating or when they have young to care for. However, there are plenty of locations where their dens are very close to each other. They can use caves, old trees, and logs to create their dens. They don’t hibernate but they may stay in their den for a long time when the weather is terrible.

The Porcupine is classified as a herbivore. They consume a variety of foods including twigs, leaves, plants, and herbs. In the winter it can be tough for them to find such foods. During that period of time they will consume tree bark. They often climb into trees to find food.

Late summer and early fall are the mating times for the Porcupine. They make a great deal of vocalizations to draw a mate to them. The males can also vocalize to keep other males out of a given area. They will be very aggressive because only the males that are strong and powerful are going to get a female to mate with.

The male will dance for the female and then urinate on her to get her attention. They will part after mating and 7 months later there will be a baby born. The quills are very soft so it is vulnerable but after about an hour they get hard. They will stay with the mother for about 6 months before going out into the world on their own. 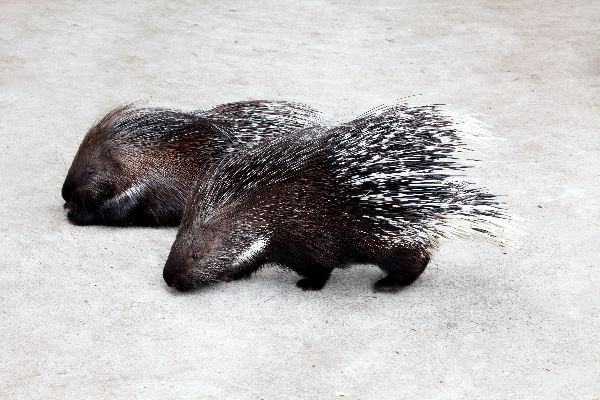