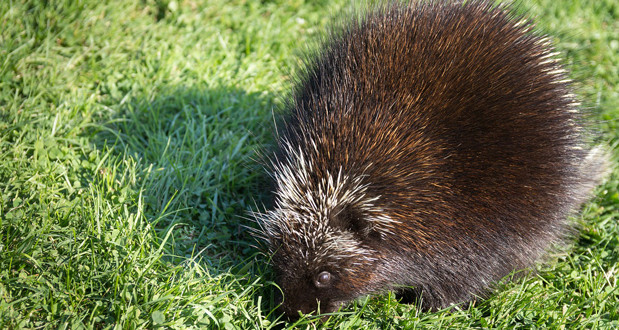 The porcupine is the prickliest of rodents, with needle-like quills on its sides, back, and tail. The quills, some nearly a foot tall, warn predators that the porcupine is no easy meal. The porcupine may even prick its own body sometimes, which raises the question of how difficult it must be for another porcupine to approach it—or for them to mate.

In addition to its deterrent body, a porcupine is a solitary creature that loves its own company. I mean, with quills like that, you come to expect that you’re better off a lone wolf. Between the quills and the solitude, their chances of mating are naturally decreased.

Yet, the porcupine species continue to live on, so it must happen somehow! Here are five interesting facts about porcupine reproduction. 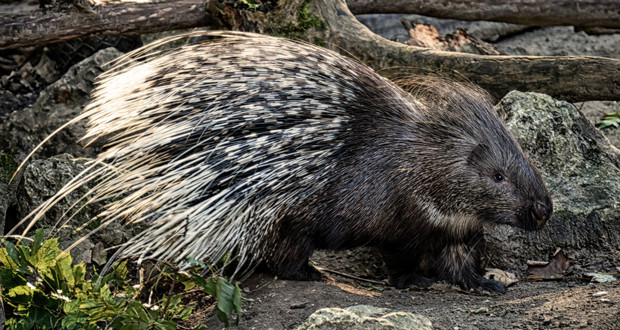 There are two types of porcupines: old-world and new-world. The old-world variety lives in holes and caves on the ground and huddles in groups, especially during winter. This kind is monogamous, and a pair becomes long-life partners and breeds several times a year. The new-world variety lives alone in trees, and a female can mate with several males in its lifetime, but only one per season.

New-world porcupines are only fertile once a year, and the oestrus lasts 8-12 hours. In September, during mating season, the female starts secreting odors. The odor lures the males into her territory. When the first male arrives, the female makes him wait for other potential mates. When they all finally arrive, the males engage in vicious battles for dominance. The brawls end with cuts, missing ears, and other kinds of injuries.

2. Sex Must Be Consensual 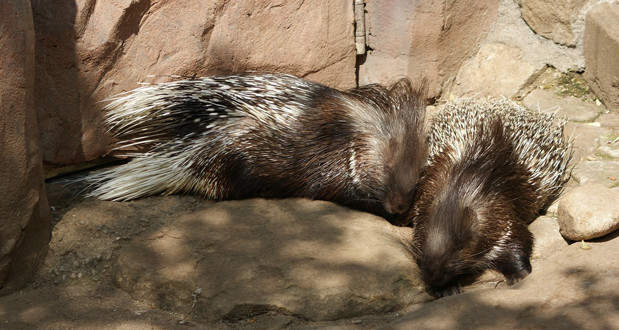 Porcupines must wait until the female is ready to mate. Figuring out if she’s ready, though, is quite the process.

For new-world porcupines, the most vicious male—from the battle royale that happened earlier—”urinates” on the female, similar to a cat spraying their territory. If the female is not receptive, she screams at him, shakes off the urine, and runs away. If the male is close, she may also try to bite him and swipe her tail at him.

If she is willing to mate, she curves her tail onto her back and presents her hindquarters. The female also lays the quills on her back down so that the male can mount on her safely. (That would hurt.) When finished, she walks away from him, and the male also leaves in search of more mates. They don’t even exchange phone numbers! 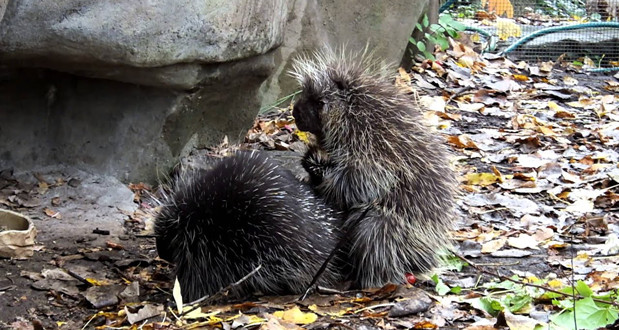 A mystic seal called the mating plug forms in the female porcupine’s vulva through a kind of enzymatic reaction. The plug traps the semen inside, preventing other males from mating with her. Shutting in the sperm raises the chances of fertilization by up to 90%. Seeing that porcupines have a very small mating window, this evolutionary tactic is brilliant. 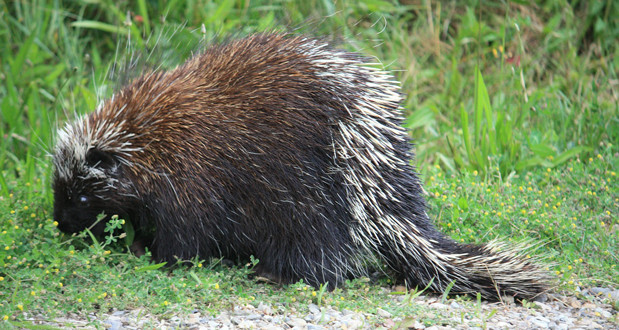 After mating, the new-world porcupine is pregnant for the next seven months and spends the proceeding four months nursing her porcupette—super cute name. Then, it is time to mate again.

Pregnancy for the old-world porcupines lasts about three months (112 days), and they are ready to mate a few days after giving birth. But, this time, the mating is sterile and does not produce a baby. 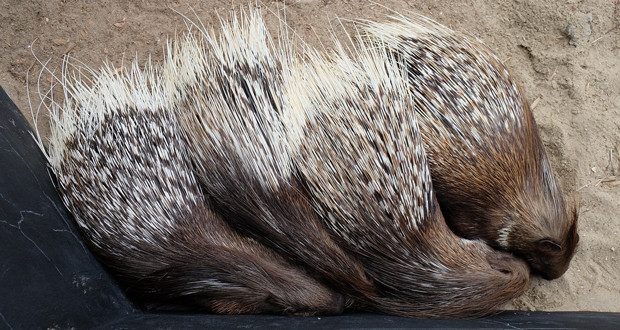 Unlike other rodents, porcupines have only one porcupette in each litter. Although there is a chance for a twin birth, these are rare. The baby is born in its amniotic sac, which helps make the birth easier for the mother. At birth, the baby porcupine has no quills. Instead, it has a covering of soft bristles that are buried in thick black hair.

The bristles harden a few days later and turn into quills. The porcupette is able to control these quills. The baby porcupine can also climb trees, and the mother starts weaning it using the emerging green plants. After about two months, the young porcupine is ready to be on its own, leading a solitary life. It takes 1-2 years for the porcupine to reach maturity, and once this happens, it is ready to reproduce.

Female porcupines spend their time pregnant or lactating, 11 months each year, for the rest of their lives after maturity. But, eventually, the female goes through menopause and abandons the reproductive cycle.

Porcupines have one of the most elaborate reproduction processes out there. Despite being majorly solitary, prickly creatures, they multiply—and do so successfully.