Female Polar Bears are mature for mating between the ages of 4 to 6 years of age. For the males it is typically around 6 years of age but most of the time they won’t be able to compete with other males and mate until they are from 8 to 10 years of age. Mating occurs from March until June on the ice. For most of the bears though it will occur in April and May.

While Polar Bears are isolated animals most of the time, during mating season they will be found in numbers. They tend to congregate in the locations best known for seal hunting to occur. The males are known to follow the tracks of the females for many miles, but there isn’t any information that experts have about what triggers the males to do so.

The males can become very aggressive during mating season due to the competitive nature of it. While the males are ready to mate every year, the females will do so only every 3 years or so. This means there are plenty more males that want to mate than available females. It isn’t uncommon for a female to be followed by several males. The males will do what they can to chase the others away. 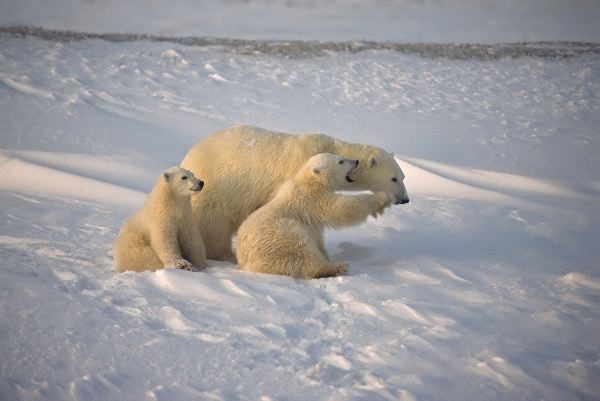 When that doesn’t work, they will fight until there is one winner. This is going to be the largest and the most powerful male. These fights can result in plenty of scars and even broken teeth for the male Polar Bears. They have been found with scars on their shoulders, head, and back. A male can mate with more than one female each season too.

However, a female almost always only mates with one male per season. There are exceptions though as genetic tests have shown some cubs from the same litter to have different fathers. The male will stay with one female for a period of time that lasts about 1 week. Over that course of time the pair will mate on several occasions. After that period of time, the pair go their separate ways and the male is likely to be on the lookout for another female he can mate with.

After mating, the female has an egg in her body that is fertilized, but it will be delayed for growth until either August or September. During this period of time, she will eat a great deal of food – gaining up to 440 pounds which will cause her to at least double her body weight. Once the ice breaks up, she will no longer be able to hunt for food.

The focus of the female at that time turns to creating her den. She will dig a tunnel with a very narrow entrance and it will have three chambers. The den can be in a snow drift or it can be underground. While she won’t hibernate in the den, her body will be in a dormant state and her heartbeat will slow down and she will live on the fat she has stored. 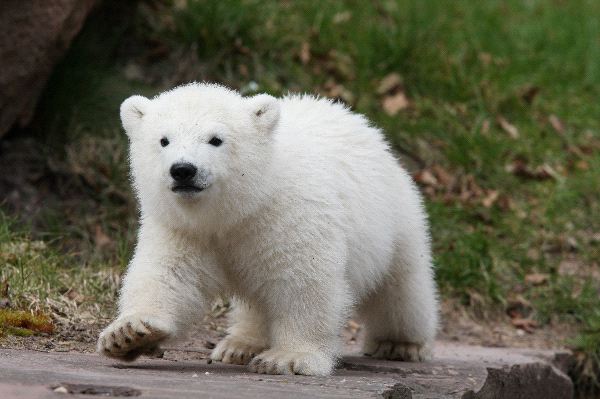 The litter of cubs will be born any time from November until January. They are blind at birth and their fur is very fine. They weigh about 2 pounds! There are usually two cubs per litter. The cubs and the mother will stay in the den for a couple of months. The young will drink milk from the mother’s body and she will continue to live on the fat she has stored.

The cubs grow quickly, and they can weigh from 22 pounds to 33 pounds when they come out for the first time. The mother will begin to graze on various forms of vegetation around the den while the cubs play close by. Before long, they will follow her to the ice where she will show them how to hunt for seals.

She has a very important job of getting food for all of them as well as teaching them how to become very effective hunters so that they can survive on their own eventually. When the cubs are 2 or 3 years old they will have to meet all of their own needs. In the wild, the average lifespan is 25 years to 30 years for the Polar Bear.