There is no question that the Polar Bear is fascinating to us. Even though they have lived for millions of years, their future is one that is full of uncertainty. Their numbers have continued to drop and that means that changes need to be made now to help protect them. Their numbers have declined enough to cause alarm. The problem needs to be handled now before they are too low in numbers for anything to be done for them.

Educating people about the risks to Polar Bears is very important when it comes to toxins and various forms of pollutants. They are very curious by nature and they will consume plastic, chemicals, and trash if they can find them. There have been problems with this in the past even though not too many people live in the Arctic where these bears live. However, there are plenty of tourist operations, shipping yards, and more that can pose such risks to them.

Oil spills in the Arctic are a huge problem, and even though they don’t happen all the time, the effects from them are long standing. They will destroy many living things in the water and that has a ripple effect. If the food sources for the seals is hard to come by, then they will die out in large numbers. Thus, creatures such as the Polar Bear that mainly feed upon them will also have a difficult time finding enough food for survival.

The oil can also make it harder for the bears to swim and the smell can prevent them from identifying seal dens as easily. The bears will spend long periods of time licking the oil from their fur and the females will also do it to the fur of their young. This is believed to trigger kidney failure in Polar Bears. 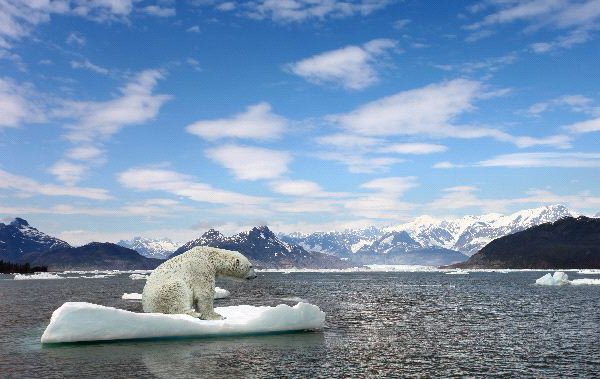 It is also common for hunting parties – most of the illegal – to be seen around the Arctic. They are looking for some thrill killing of larger prey that they normally won’t find in any other locations. Unfortunately, many Polar Bears have died due to this type of senseless hunting. The fact that many humans have the misconception that they are aggressive and that they seek out humans makes such hunting more of a thrill than it really should be.

The status of protection offered to the Polar Bear as well as conservation efforts was increased in 2006. At that time, this species of bear was upgraded from least concern to vulnerable. This is due to the fact that research showed there was a reduction in the number of them in the wild of at least 30% over the span of the previous three generations which equals 45 years. The main reason for that decline is considered to be changes to the climate.

The problem with the warming is that it reduces the amount of ice in the natural habitat. The Polar Bears rely on that ice pack for them to be able to find their main source of food – seals. As the ice amount is reduced so is the fact that they struggle to find enough food for survival. The females also depend on the ice and the snow pack for them to create dens where they will give birth and protect their young until they are able to survive outside of the den. 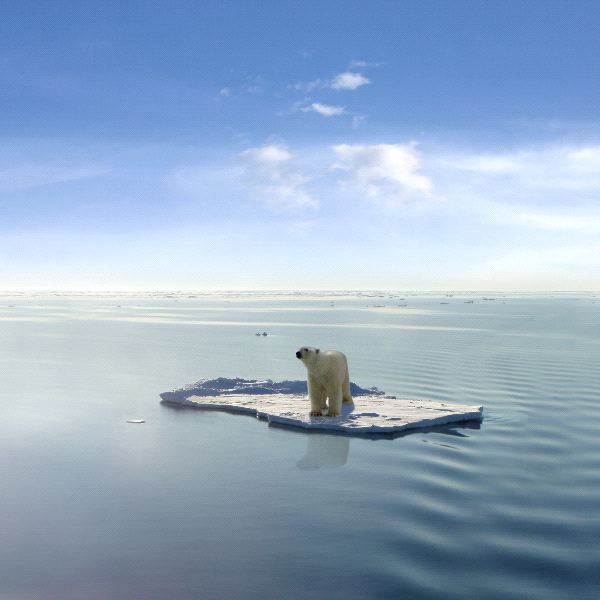 Picture from “The Last Polar Bear”

When there is less ice, the Polar Bears have to swim more and that will take up more energy. As a result, they will start to use up fat reserves that they must have for survival during the time of year when it is harder to get food. Stress from not enough food can also result in the females not accepting the process of mating with males. This in turn will only further result in a decline of the number. When mating does occur, many of the young won’t survive to adulthood if they can’t find enough food.

As of 2008 there was believed to be between 20,000 and 25,000 Polar Bears in the wild. While they do seem to do well in captivity, that isn’t the ideal place for them. Many of the conservation efforts in place strive to help them preserve their natural environment. However, global warming proves to be an issue that is hard to improve due to the alarming rate that the effects are occurring.

Mating programs in zoos can help with improving the overall genetic pool for the Polar Bears but the process can be both time consuming as well as very expensive. Conservation efforts though must focus on the natural habitat of these bears for them to thrive. According to the U.S. Geological Survey, it is predicted that by 2050 only two-thirds of today’s Polar Bear population will remain if significant improvements including to the issue of global warming aren’t successfully addressed.