There are some very interesting things to learn about the communication and social behavior of the Polar Bear. What is very interesting is that this species of bear isn’t territorial like most of them including the Grizzly Bear. There are 19 subpopulations that have been identified. They have home ranges that can be small or very large, and they often overlap.

Unfortunately, this bear gets a terrible reputation for being aggressive but that really isn’t the case. They will fight to protect cubs or if they feel they are in danger. However, they are more likely to be cautious and to run away than to fight.

While there have been some reported attacks on humans, most experts believe that they were provoked. Yet there have been confirmed reports of extremely hungry Polar Bears being aggressive and consuming humans but those incidents are very isolated. They are very good hunters and often a person will find they are in close proximity to these bears without even knowing it. When a Polar Bear does attack a human, it is very likely going to result in death. There are very few people that live in the Arctic though so such attacks are quite low. 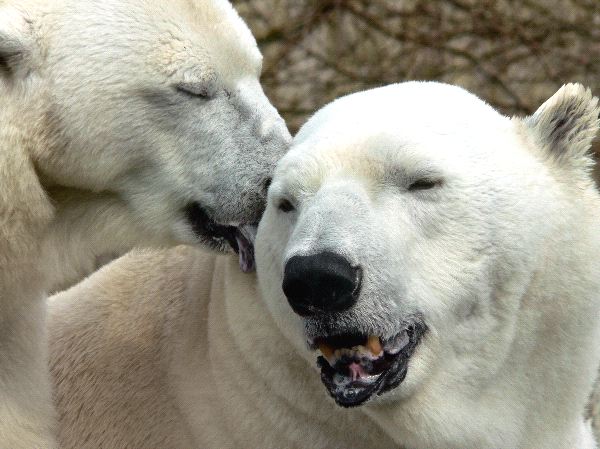 With the exception of taking care of their young and for mating, the Polar Bear lives alone. Females do an excellent job of caring for their young until they are 2 or 3 years of age. She may even fight adult males that try to kill the young so that she can defend them. Adult males can extremely aggressive towards each other in the quest to mate with females. Since the females are only going to mate about every 3 years, there are too many males during mating.

They will bite each other and become very aggressive. Occasionally, such battles do result in death. Usually though they only result in broken teeth and plenty of scars around the head and neck. Yet there are also observed instances of males in the same locations developing bonds and friendships that are very interesting. They may spend time playing with each other and interacting.

Usually, the female will have a pair of cubs and they spend plenty of time playing and interacting with each other. This may all be good fun, but it also teaches them bonding and how to fight with other Polar Bears should they need to when they get older. Practice fights can be a foundation for the real thing when the time comes. 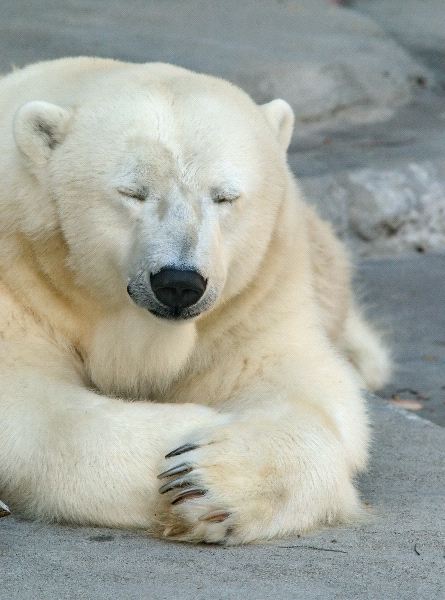 A great deal of the time, Polar Bears aren’t engaged in much activity at all. They may spend up to 85% of their time resting or sleeping. The remainder of their time is spent looking for food which can include sitting still and waiting or walking/swimming long distances to get to those food resources.

The Polar Bear has the ability to be very vocal and that is how they communicate. They have sounds for communicating with their young, for warning of dangers, for protecting themselves, and during mating rituals. They are known to purr, growl, hiss, and roar. A chuffing type of sound is used to greet their young, potential mates, and even other Polar Bears that may be feeding in the same vicinity.

Young cubs seem to be much more vocal than the adults. They may take part in communication sounds including rumbles, whimpers, hissing, and more to get the attention of a sibling, to show curiosity, and to communicate with the mother. There are also studies that show communication for Polar Bears occurs through the senses of smell, sight, and touch. This is often shown with the interactions of a mother and her cubs.