The Pilot Whale is very large, and there are two species that have been noted. They are referred to as the Long-Finned Pilot Whale and the Short- Finned Pilot Whale. It can be tough to know what one you are looking at in the water. When you compare photos of them side by side though it is easy to see the difference. Since they are hard to identify though, it means getting a good count of how many of them remain in the wild is tough. These are very large dolphins, with only the Killer Whale being larger than they are. They are often called blackfish too. This is because of the colors that they display.

For the Long-Finned Pilot Whale, they can grow to a size of up to 25 feet for the males and up to 19 feet for the females. The males can weigh as much as 5,000 pounds but the females are quite a bit less. They can weigh around 2,900. They have a stocky body and they can be black or gray in color. They feature white stripes behind the eyes diagonally. There is a light gray color on the belly and the chin. The pectoral fins are quite long and they are referred to as flippers. More forward than you may think is the dorsal fin.

The body is very similar for the Short-Finned Pilot Whales, but they are smaller. The males can be up to 18 feet long and the females can be up to 12 feet long. The weigh though can really vary based on their location. Some of them are 2,200 pounds and other are tipping the scales around 6,600 pounds. The melon of the head is deeply creased and they have a dorsal fin farther back on the body. They can be black or dark brown in color and they have a gray color behind the dorsal fin. They have tapered, narrow pectoral fins.

Pilot Whales are very social and they will interact often with members of their pod. They will continue to live in the pod where they were born until they die. This is why they must find a mate that isn’t part of their pod. The bonds that form within these lifelong pods are very deep and they seem to work for them. Some of the pods have only 10 members and others have as many as 100. There are plenty of subgroups within the overall pods.

On occasion, the males are known to leave the pods and create a new one. Yet they will continue to be in close proximity to the pod where they were born. Every 10 to 16 minutes the Pilot Whale must come of the surface for air. They can dive as deep as 1,950 feet. They are very active in spite of their large size. They communicate very effectively using whines, snores, clicks, whistles, and echolocation to do so. 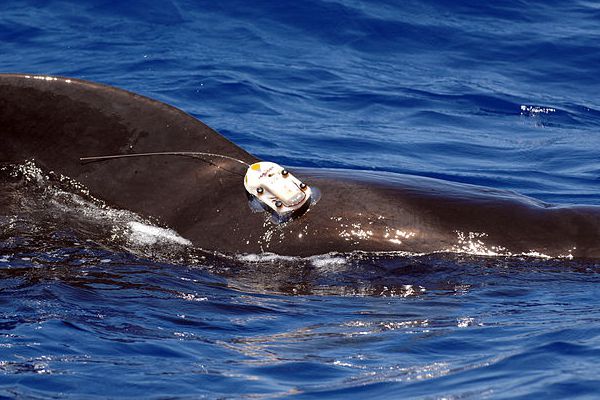 The majority of the food that they eat is squid but they will also dine on various species of fish. Cephalopods, crustaceans, and octopus can also be part of the diet but it depends on where they live. They feed mainly at night and they will do so in water that is from 656 feet to 1,640 feet deep. The use of echolocation allows them to find their food and they take part in collaborative groups to find and secure food. Don’t underestimate how fast the Pilot Whale is when they are after food. In fact, they have been called the Cheetahs of the Deep due to how fast they can move.

For the female Pilot Dolphins, mating can start about 8 years old. For the males it is about 12 or 13 years old. The males will find several females to mate with due to the fact that the ratio is 1:8. This makes it less likely that they have to fight for mating privileges. The time of year for mating depends n the location. Once mating has been successful, the young calf will be born from 12 to 16 months later.

The offspring are quite large at birth, ranging from 5 to 6 ½ feet long and weighing up to 165 pounds. They will drink milk from their mother for a longer period of time than any other dolphins. They will do so from 18 to 44 months. The females will have one offspring every 3 to 6 years. The males can live from 35 to 45 years and the females up to 60 years in the wild. The females too old to mate become caregivers within the pod. 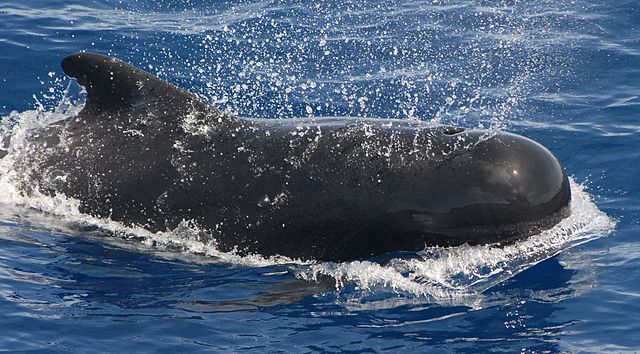 One of the risks for the Pilot Whales is that they can get stuck on the beach due to their size. They have to be careful to avoid water that is too shallow. What is also a problem is that many of the pod can follow one to the same fate. Rescue efforts have to be fast and efficient to get them back into the water fast enough. If they are left on the beach then the stress and lack of food can cause them to die.

Commercial fishing efforts are often responsible for injuries and death to the Pilot Whales. They may get tangled up in nets and not be able to surface for air. They can also be struck by the large and heavy boats. It is illegal to hunt them but such problems continue due to those willing to pay lots of money to be lead on a guided hunt for one of them. The laws are hard to enforce against this type of hunting.

The Pilot Whale is very suseptible when it comes to diseases such as bacteria and viruses. They can also have skin problems due to lice. Upper respiratory infections also take the lives of many of them. Pollution in the water continues to be  a reason for such health problems to develop. Some of the conservation efforts in place focus on cleaning up these bodies of water to reduce the problem.

Noise pollution can take its toll on them and ruin their hearing. It can also upset them so that they have too much stress. This stress can prevent them from eating well, from mating, and even from being able to rely on their echolocation to help them find food or to navigate in the water. The Pilot Whale is protected by the Biodiversity Action Plan in the UK. This falls under the Wildlife and Countryside Act of 1981.

As a result, it is deemed against the law to harm them in any way. Yet the problems continue to be there both as a byproduct of other human actions or intentionally. Without conservation continuing the Pilot Whale won’t be able to survive.