The Peregrine Falcon is often referred to as the Duck Hawk. It is a very fast bird in flight, with movement up to 200 miles per hour for short distances. It is one of the largest Falcon species. There are 19 subspecies that have been identified. It is believed to be the bird of prey with the biggest distribution in the world.

The feathers of this Falcon are a bluish black with some dark gray coloring. Under the head and down the breast is white. The females are larger than the males but that is really the only way to tell them apart as their physical colors are the same. The body can range in length from 13 to 23 inches. They have a wingspan that ranges from 31 to 47 inches. Females weigh about 3 ½ pounds and males weight from 1 to 2 pounds.

The range of habitat for the Peregrine Falcon is huge. They are found to live in the cold Arctic tundra. They also live in the tropic areas were the temperatures are considerably warmer. They live everywhere in the world with the exception of the extreme polar locations. They tend to live in lower elevations so they aren’t often found high up in the mountain regions. They tend to stick around lower mountains, coastlines, and by rivers.

They create their nests in locations that are often considered to be very dangerous. For example along the very edges of steep cliffs. They will also take advantage of various structures that have been made by man that are very high off the ground for the placement of a nest.

They don’t always migrate if they live in a location with warm enough temperatures. The males are more likely to remain in their habitat and to find enough food to continue there than the females. The majority of them found migrating will be the females that aren’t sure they can get enough food to make it through the winter. 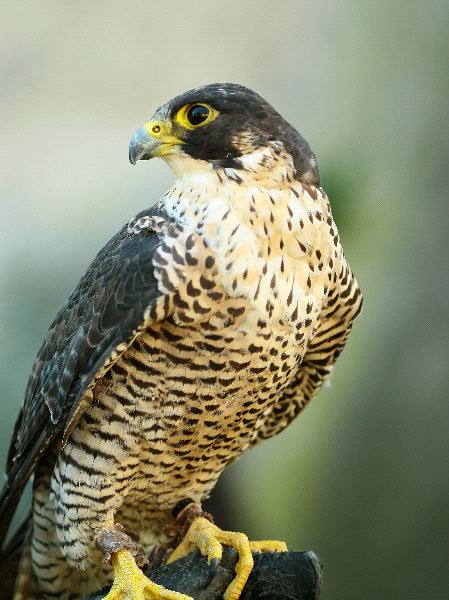 The element of surprise is on the side of the Peregrine Falcon. This is due to the fact that they can swoop at a speed of about 200 miles per hour to get their prey. They eat a variety of items including other birds that are medium in size. They do hunt for small mammals and reptiles. Sometimes they will consume insects that are in the air while they are in flight.

The Peregrine Falcon is ready to mate when it is about 1 year old. However, in many locations they don’t do so until they are 2 or 3 years of age. They are very selective when it comes to choosing a mate. The male often initiates the rituals but the female will ultimately decide who she mates with. This bird will stay with one mate for life so it is important that they find a good match.

The pair will create a nest and they are very protective of that location. There is usually at least ½ a mile between Peregrine Falcon nests. The male will bring items to create a nest and the female will make it. The female will offer up to 4 eggs to place into the nest. The incubation takes about 30 days. The parents will take turns going out for food and staying at the nest.

Today the number of Peregrine Falcons is in good condition in the wild. That wasn’t always the case though. In the 1970’s large numbers of them were dying due to the chemical use of DDT. With the ban of that pesticide though they were able to make a very good come back. 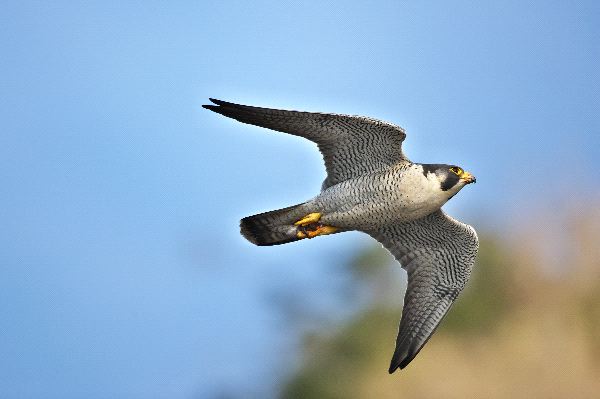