There are 13 known species of Otters left in the world with at least one that was removed from the list due to extinction. The goal is to help these remaining 13 species to be able to survive for millions more years. All species of Otters are mammals due to the fact that they give live birth to their offspring and that they nurse from their mothers.

Many people don’t realize the value that the Otter contributes to its environment. For example it helps to move the kelp around in the water. This is known to keep various types of bacteria from developing. Should that bacteria develop it would harm and even kill Otters and other types of animals found in the water.

They movement of the kelp throughout the water actually helps to improve the quality of the ecosystem for everything that lives in it. Without these benefits from the Otters the environment would be very different to live in. Otters are gentle creatures by nature that tend to mind their own business. They will fight when necessary but they aren’t known to attack unprovoked. Even so, you are better off to observe them from a distance in their natural habitat.

They don’t have a natural fear of humans though like so many other animals do. However, this hasn’t always worked in their favor. This is one of the main reasons why they have been so easy to capture and to kill for their fur over the years. They tend to consume a variety of meat items including fish, frogs, and anything else that can be found in their environment. What they will have access to depend on where they live.

Otters have a very unique feature that all species have exhibited – the ability to use tools to open up food. They have been seen using rocks to smash shells when they can’t get them to open with their powerful claws. While they are very intelligent though simply can’t adapt to some of the changes that come their way due to humans.

For example they can’t do well when the waters contain pollutants including chemicals or oil. This is due to the severe damage that it creates for their coat. They have been able to adjust to new environments due to their land being taken over. However, it is important to note that these animals need adequate land to be able to survive. This includes when they are in captivity. Without it they will experience high levels of stress.

Some species of Otters live in the extremely cold waters. Others like it where it is warmer. All of the species live both in the water and on land for rest. Some of them have long claws, others have those that are very short or simply lack of them. 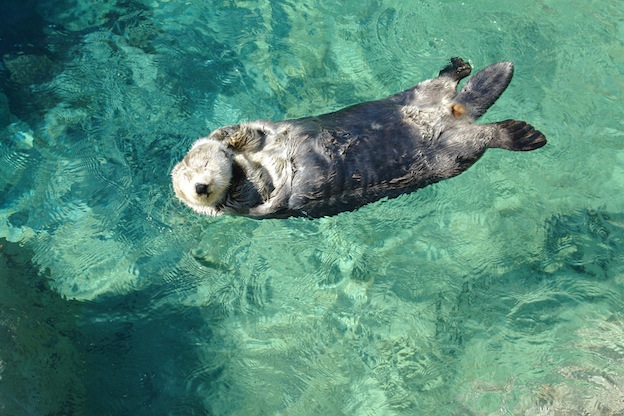 The Giant Otter is one of the most popular that people know about. The Sea Otter is also one that is very popular due to the attention it gets for being different from the others in some huge ways. However, all species of Otters are small in size and they are very playful. This is why so many people take delight in observing them.