The social structure of the Ostrich is very complex so it is also very interesting to examine. For parts of the year the Ostrich will live alone or as a pair. Those pairs can be the same gender or the opposite gender. It isn’t really known how they decide who they will pair off with.

During mating season which lasts for several months and for the eggs to hatch though they are in a group called a herd. The social structure during this period of time is very interesting.

They are nomadic which means that they will move around looking for food, water, and shelter. The herds can range from 5 members or be as large as 50 members. It all depends on the location and the availability of what they need for overall survival. 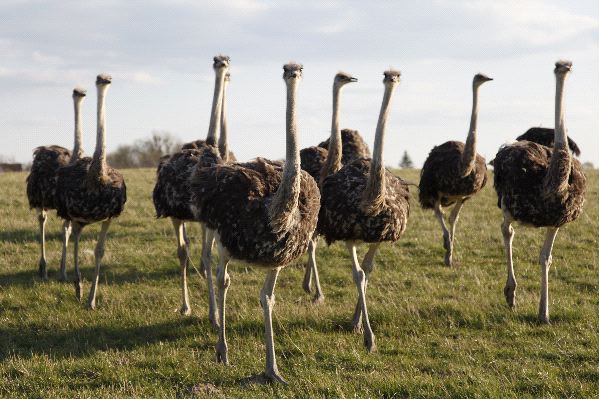 One of the very interesting things about their social structure has to do with the laying of eggs. There will be one large, shallow place for them to be placed into a nest. The dominant female will have hers on the inside with the most protection. Then around them will be those from the females that are lower down in the hierarchy. The communal nest will only hold about from 15 to 60 eggs so when it is at capacity the rest won’t be included.

Those will be the eggs from the female Ostrich with the least strength and overall health. They will be left to die on the outskirts of the nest. In many locations villagers will come along and take them. This process is to ensure that the healthy genetics are the ones that will have the highest chances of overall survival.

There can be various sub groups that develop too with in any herd of Ostrich. The larger the overall number is the more likely it is that will occur. They develop a hierarchy that has to do with their overall strength and health. This will determine many things for the group. 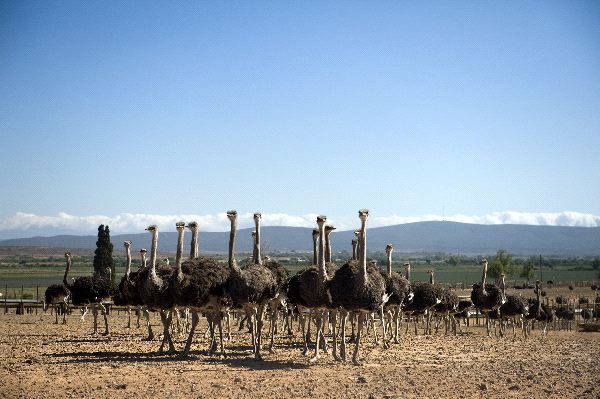 Aggressive behaviors can taking place within the social structure as well. Most of the time there will just be warnings such as hissing or the wings expanded to determine hierarchy and to take care of problems. There will be times though when males challenge each other. Pecking with the beak is common among the females too.

Most of the time though the Ostrich seem to live in harmony and they enjoy the company of each other. They aren’t very vocal so the most of what we gather from them socially is in terms of non verbal communication. They may stand very close to each other and even rub their bodies on each other to show affection.