The Osprey is often known by several other names as well. You may have heard them called the Fish Eagle or the Sea Hawk. This is a large bird that can be up to 24 inches long and has a very wide wingspan that ranges from 4 1 ½ feet to 6 feet. Since they are so close to the water they are often classified with Sea Eagles but they don’t really fit that classification.

The feathers on this particular raptor are ruffled so they look full and not laying down on the body. The Osprey has a dark gray head and gray that runs all down the body. However, around the eyes the have a band of brown that almost looks like a small bandana on that part of the body.

The wings and the back are brown too. They have a black beak that is turned down and that is very sharp. The tail is very short and they feature large, yellow eyes.

The Osprey is very versatile in terms of the types of environments that it will live in. They are able to thrive in habitats that are very different and to adapt to changes within a given environment over time. They do tend to nest in locations that offer them close proximity to the water since that is where they find their food.

About the only location where you won’t find the Osprey living is Antarctica. During the winter months huge numbers of them will migrate into regions of South America. They live in various temperate and tropical regions around the world.

This bird is known to make a wide variety of vocalizations. They engage in them for territory, communication with their mate or offspring, and to warn about danger. They offer a variety of whistling sounds, chirps, and long sounds that can sometimes give the impression that the bird is distressed but experts don’t feel that is what is really going on with them. 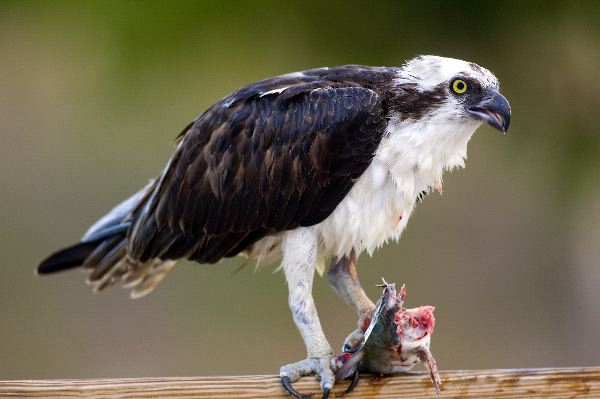 This particular bird feeds on a variety of small fish and that is all but 99% of their diet. They can be seen swooping down rapidly to the water, getting a fish with the powerful talons, and flying off with it to a safe location to consume it. They have excellent vision that allows them to detect the fish that are under the surface of the water with ease.

The other 1% of their diet consists of rodents, hares, small reptiles, and other birds. They are opportunistic so if they see such sources of food out there they will consume them even when they do have access to fish.

Mating for the Osprey also takes place around the water. They have certain locations though that are considered breeding areas. There remains of old abandoned nests will be reconstructed for the new offspring. Some of those locations have been used for over 70 years by the Osprey.

They are mature for mating between 3 and 4 years of age. However, if they can’t find a good breeding location they may wait for several more years. The males and the females will engage in rituals with sounds, dances, and mimicking movements. They are selective with a mate because once they choose one that is who they will mate with for life.

The time of year for mating various based on the geographical location. Once mating has occurred the focus will be on getting the nest ready. In less than a month the female will offer 2 to 4 eggs into the nest. The pair will take turns incubating them until they arrive in 5 or 6 weeks. When they are about 3 months old they will leave the nest. The average lifespan of the Osprey is 10 to 12 years but some have been found to live up to 25 years. 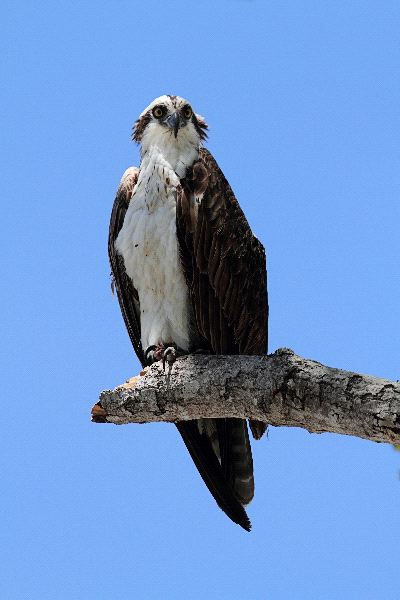