The Ocean Sunfish is considered to be the heaviest of all bony fish in the world. It is also referred to as the Common Mola. The adult males can weigh about 2,200 pounds with the females typically around 1,800 pounds. They are often mistaken for Pufferfish. When they are young they resemble them and it is believed this helps them to keep some predators at bay.

The body of the Ocean Sunfish is very flat and then it has a typical type of fish head and tail. When you look at it from the head back it gives an oval shape. They can be up to 10 ½ feet long. They can range in color based on location. Some of them are gray while others are white. They can also be brown or silver.

They tend to have darker colors on the top and lighter on the bottom. This offers them camouflage that aids them from both directions in the water. The body is covered with mucus rather than with scales.

They thrive in the temperate and tropic waters. The only live in saltwater and thrive in the various oceans around the world. They can be found more then 2,000 feet below the surface of the water as well as at the top of it. They move around to find food, to stay warm, and to remove parasites.

In some locations they do well in captivity but it can be very hard to create for them. They require a very specific balance of environmental factors for them to do well. It isn’t recommended to keep the Ocean Sunfish at home in an aquarium without being well trained about how to care for them. Saltwater aquariums can be time consuming to maintain. 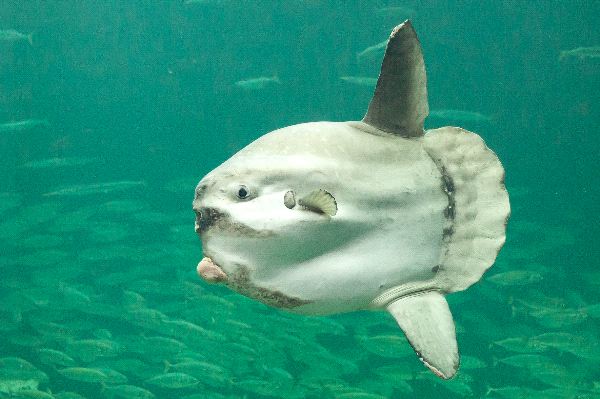 The Ocean Sunfish is a feeding source for various types of parasites. This fish will often be seen rubbing its body through the reef or between two rocks. This is a method that they use to help remove the parasites from their body. They also bask at the surface of the water in shallow locations. Seabirds will come along and dine on those parasites to aid in removing them. They have been seen jumping several feet out of the water. This too is believed to be a method of removing parasites from the body.

Most of the time they choose to live alone. Sometimes they do gather in larger groups because that makes it easier for them to clean and remove parasites. After that is taken care of they will separate and live a solitary existence again.

The main source of food for the Ocean Sunfish is the Jellyfish. However, they do have to consume very large amounts of it. There isn’t much nutritional value in that food source so they constantly are looking for nourishment to sustain them. Squid and various crustaceans are also food sources for them.

Very little is known about what attracts mates to each other for the Ocean Sunfish. The female Ocean Sunfish lay more eggs than any other vertebrate in the world. She can have up to 300 million eggs each season. Then the male will fertilize them with sperm.

Almost all of those eggs will be consumed by various predators before they hatch. Less than 1% of them will be able to emerge from the eggs. Those that due are called fry. They may stay in groups until they start to grow in size to help them with overall survival.

Their estimated life expectancy is about 10 years. However, it depends on their living conditions. 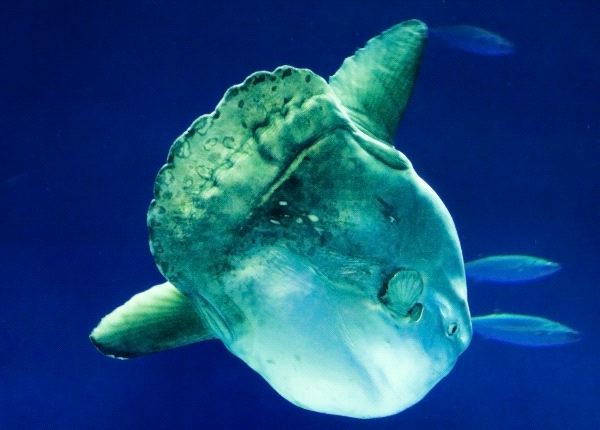