A common belief is that the ocean biome was the first one to exist. More than 3 million years ago the first life forms were able to derive from here. While that is still a debated fact, you can’t help but recognize the importance of the ocean biome. While the water is refreshing to look at and enjoyable to be around, there is so much activity going on within it.

We tend to fail to realize all that lives in the ocean biome though. That is because most of the plants and animals live in the areas of it where we don’t spend our time. Even if you go out in to the ocean to where your feet can’t touch, you are no where near the depths of what really exists out there. It is fascinating, and as you learn more you will be in awe of the ocean biomes.

Approximately 70% of the Earth’s surface is covered in water from oceans. There are five ocean biomes in the world – Atlantic Ocean, Pacific Ocean, Indian Ocean, Southern Ocean, and the Arctic Ocean. They also branch off into some of the major seas. This includes the Mediterranean Sea, the South China Sea, and the Caribbean Sea.

Have you ever wondered just how much salt is in there? It is estimated that there is one cup of salt for every gallon of water. The deepest part of any ocean biome in the world is the Mariana Trench. It is 36,200 feet deep. It is amazing to think that the deepest point in the water is longer than the tallest point we have on land!

The Pacific Ocean is the largest of all ocean biomes in the world. It is 64 million square miles. The ocean biome at the greatest risk of problems for plant and animal life is the Atlantic Ocean. It is half the size of the Pacific Ocean but it is the one that has the most traffic. Cargo ships carry imports and exports between Africa, America, and Europe.

There are three layers to recognize in any ocean biome. The top layer is the euphotic and this is where the water is very shallow. Light is able to reach from the top of the water to the bottom of it for this particular layer. In the middle is the disphotic layer and it allows some light to get to the bottom of it. The appearance from the bottom looking up would be similar to how twilight appears.

The deepest layer of the ocean biome is the apotic layer. It is very deep and light is not able to reach the bottom of it. The water is dark and murky in that area. The temperature of the water will also vary based on the layer that you are talking about within the ocean biome. What is also very interesting is that more than half of all the rainfall that occurs in the world is right there over these various ocean biomes.

The average temperature of any ocean biome is 39 degrees. However, that can change based on the depth of the water, the wind, and if the sun is shining or not. In many areas of the Artic Ocean, it is covered with thick layers of ice for most of the year. The water in an ocean biome is always moving. The warm water is moving from the tropics and the cool water is moving from the poles.

The tide of every ocean biome will be altered twice a day. It is really an interesting phenomenon. It can affect the movement patterns and eating habits of the animals that live in such a biome. The pull of the sun and the moon will affect the times of the tide changes as well as the severity of them. 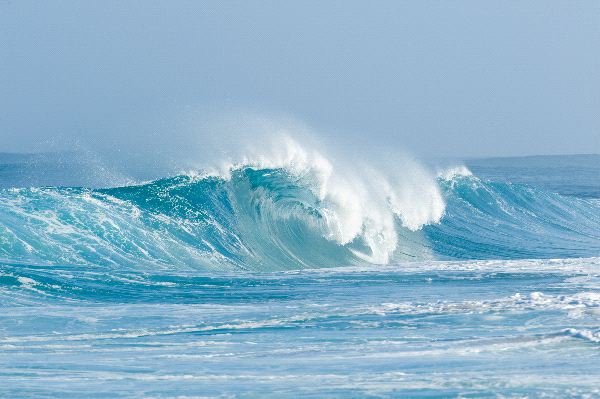 The types of life that live in the ocean biome are extremely diverse. It is believed that this is the biome where live actually began. There are tons of types of fish found in the ocean biome. They include Angelfish, Blowfish, whales, and an assortment of sharks. You will find Octopus and crab living here.

For many of the large animals that live in the ocean biome, they help to keep it balanced for all of them. They consume many of the smaller animals so that they don’t get over populated. Since the temperatures in any ocean biome can be very cold, they have been able to adapt. For example whales have thick layers of fat known as blubber. This helps them to keep their body temperature where it should be.

The Blue Whale is the largest mammal in the world, and belongs to the ocean biome. Due to the enormous size of such an environment though these animals have plenty of room to move around and thrive. There are millions of types of aquatic life found in the ocean biome. It is amazing to compare some of the single cell microorganisms there to the size of the Blue Whale.

The corral is very active in the ocean biome. Jellyfish may be found as well as lobster and turtles. What you will find really depends on the area of the ocean biome. Some of these living things are close to the surface. Others remain deep down in the murky waters so they are rarely seen. There are animals in the ocean biome that live close to shore and those that are many miles from land. 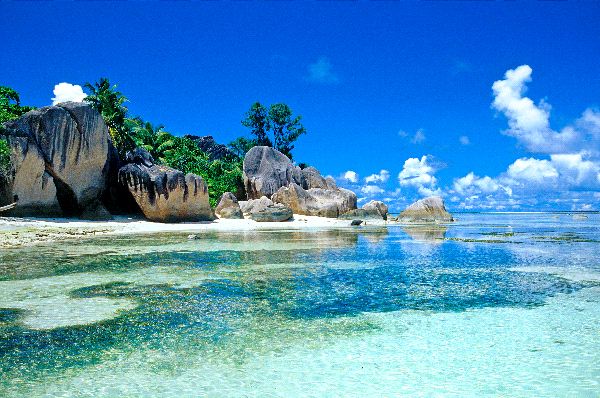 Due to the enormous size of the corral reef within the ocean biome, it has been classified as its own specific biome. It may surprise you to discover that there is a great deal of variety in the corral habitats. They are a very important entity though to any ocean biome.

If you don’t think the ocean biome is extremely important you need to pay close attention. Oxygen is essential for all living things including humans. Without it, we wouldn’t be able to survive in any given biome in the world. The ocean biome is home to kelp and phytoplankton. They offer 50% of the oxygen that all living things in the world depend on!

Problems including the recent BP oil spill though continue to threaten the future for many plants and animals in the ocean biome. The long term effects of such damages from that oil spill won’t be known until well into the future. Even with all the efforts that have been implemented for rescue and clean up, the damages to what lives in the ocean there has already occurred on many levels.

Scientists have identified and categorized more than 1 million different types of plants and algae in the ocean biomes. It is believed that thousands more of them are out there that haven’t been identified yet. Most of them are believed to be in the apotic layer. How is it possible that we can’t identify them all yet?

It can be very risky for humans to be at that depth of water. This is due to the changes in the environment and pressure. It is also very dark down there which can make it dangerous. Plus, with various types of creatures including sharks it can be too big of a risk. There are also volcanoes, mountains, and trenches in the depths of the oceans that make it hard to find what is living in them.