Nutria or Coypu Facts and Information

Introduction to Nutria or Coypu

You can call it the Nutria, River rat or Coypu but regardless you are talking about a rodent that is very large and semi aquatic. They are often mistake for beavers and otters. However, there are enough differences to make it a separate animal that is part of various ecosystems. They can be up to 3 feet long and weigh about 20 pounds. Their overall size though will vary based on location.

They have two layers of fur, one that is very close to the skin. This helps them to remain dry and to live in bodies of water that are cold. They also have the outer fur that is thick and shiny. They are dark black and various shades of brown on mixed together with white tips. They feature long whiskers with a white patch underneath.

They also have small ears. The front legs aren’t webbed but the back ones are. This allows the Nutria or Coypu to be able to get around in the water with ease. The tail is long and rounded at the end. They use it to help them navigate their bodies in the water.

They are mainly found around South America and they tend to live in the tropical regions. However, it was later introduced to North America, Africa, Asia, and Europe. As a result it is thriving in those locations and the population continues to grow. The introduction has mainly been done by those that raise them to harvest their furs.

Not everyone is a fan of the Nutria or Coypu though due to their high numbers. In the wild, they can be considered a nuisance in some regions. They can dig deep burrows and they can be destructive to crops. As a result they have been trapped in some locations to help reduce such problems from continuing.

They will create burrows that are around rivers. They spend a great deal of their time in the water but they will sleep and take care of their young in their burrows along the rivers. They are nocturnal so during the day they tend to be in the burrow staying cool. They will come out at night to play, socialize, and to find food. 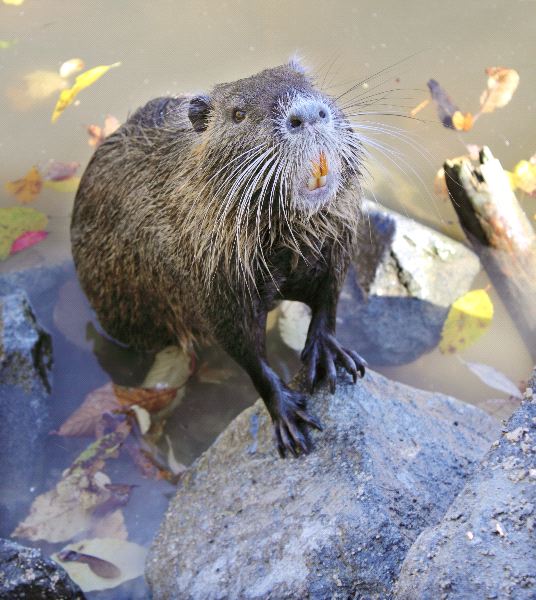 The Nutria or Coypu dines on various types of plants. However, they are only really interested in the stems. They will leave the rest of the plant there which means that they can destroy a great deal of vegetation in very little time. They don’t just take a nibble hear and there.

However, the rest of their food is often consumed by other animals that share the same habitat. They also consume stems, roots, bark, and grains. They have very long teeth that are sharp. They continue to grow for the duration of their lives so they have to keep them ground down by eating various foods.

The Nutria or Coypu can mate during the spring and they are usually about 1years old when they mate. After they have mated the males and females will go their separate ways. The female will make sure her burrow is ready for the young to arrive. She will typically have between 3 and 12 of them.

These young do have their eyes open at birth and they also already have teeth. They are fully mature around 6 months of age and they will have to leave the burrow of their mother to find their own habitat. It is common for a female to have 2 or 3 litters of young annually. Their average lifespan is about 6 years. 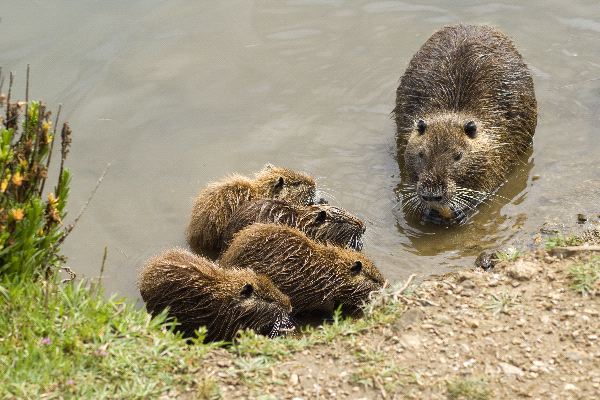 Nutria or Coypu Facts and Information