Many people don’t realize that Nurse Sharks are really a shark they see. Due to the unique design of the body where the back half of it is so long, they often think it is some type of fish that they happen to see in the water. Many people wonder about the name of this shark and it isn’t really known. There are rumors that it comes perhaps from the ancient English name for a type of shark called “huss”.

Full grown Nurse Sharks can weigh as much as 330 pounds and grow up to 14 feet in length. However, their location and their food sources can influence their size. They are a grayish brown color that allows them to blend in well to their surroundings. Their tail fins are very distinctive and account for about ¼ of their body. They are very smooth to the touch which is unusual for any species of shark.

You will find this species of shark living close to the floor of the sea. They enjoy warm water that is shallow around the Pacific Ocean. They are commonly found in areas where bottom dwelling sharks are located in the tropical and subtropical waters. They are usually going to be active around reefs, islands, and sand flats. They have a wide distribution from the Western Atlantic around Rhode Island all the way to the Southern part of Brazil. In the Eastern Pacific they range from Peru all the way to Baja California. The Caribbean Islands are also a favorite location.

They can be hard to find though as they tend to hide out around crevices and ledges. They tend to return to the same locations daily too for rest and for finding food as long as their needs are successfully being met in those areas. One of the risks to the Nurse Shark is that the skin is often used to produce some high quality leather goods. Using sophisticated traps and nets, commercial capture of them has become easier in spite of how well these sharks hide out. 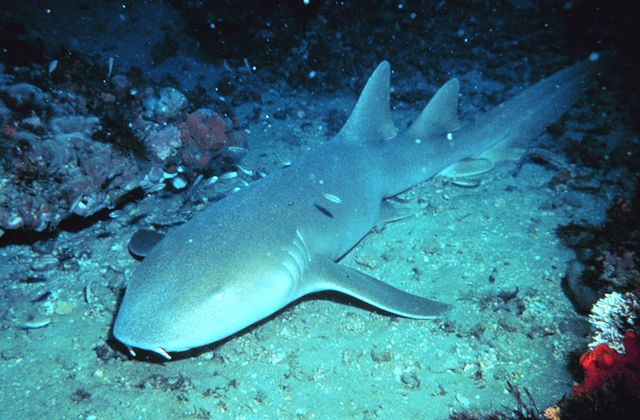 What is very interesting about Nurse Sharks is that they are nocturnal so they are active at night. They also live in large groups that can have up to 40 members. During the day they are going to be virtually inactive. When you see them active during the day there are threats around them or they are struggling to find enough food for survival.

Their need to socialize though is believed to have more to do with protection in numbers than in actually wishing to interact with one another. They aren’t aggressive towards humans and won’t bother them unless they are provoked. Then they make bite to defend themselves but the bites aren’t going to be enough to be deadly.

At night, the groups of Nurse Sharks become solitary and they go find food. They find it in the sediment at the bottom of the sea. They consume a variety of food items including sea snakes, fish, stingrays, mollusks, tunicates, and crustaceans. They move very slowly along the bottom of the water to get their food. They also consume both algae and coral.

This is one of the few species of sharks that can remain motionless in the water when they want to. This not only helps them to conserve energy, it gives them a great advantage when it comes to hunting. Their prey often doesn’t even know that the shark is in the vicinity. As a result, they are able to get their prey and not exert a great deal of energy to make it happen. 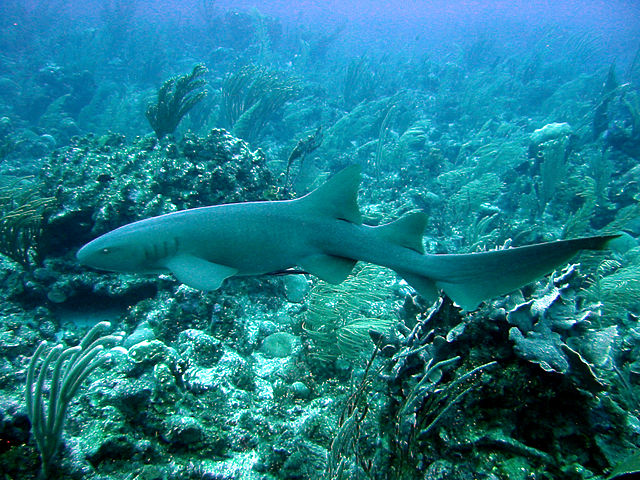 Nurse Sharks mate from the end of June through the end of July. They develop eggs in the body of the mother and then they will hatch inside of her. This process of gestation takes about 6 months. There can be from 21 to 29 pups born at a time. However, often there is selection of the fittest with many of the larger pups consuming the smaller ones early on. As a result, only a small number of them from each litter will live to the age of maturity.

There is generally about 1 ½ years between cycles for the females to produce eggs in their ovaries. The young are born with spots but they will fade as they get older. The average lifespan in the wild for these sharks is from 25 to 30 years.