The North American Beaver is the largest rodent in all of North America. They have a wide variance in terms of size. They can range from 33 to 75 pounds depending on where they live and what they have to eat. They usually average about 45 pounds and the males are larger than the females. The overall body length for both genders is about 3 1/3 feet. They are usually dark brown in color.

The body of the North American Beaver is designed for the diverse living environment – both on land and in the water. They have front feet that aren’t webbed, they have webbed back feet, and they have claws on their front feet. They have the ability to see clearly when they are under water.

They can seal their ears and their nostrils when in the water. They have fur that is long and course. They have an inner layer too that enables them to maintain body heat even in cool water. The tail is flat and rounded like a paddle that helps them to steer when they are in the water.

The North American Beaver is native to the United States and to Canada. They are also found into Mexico. The diversity of this animal has to do with how well they are able to adapt to changes in their environment. They create areas on land where they can den. They will use sticks and twigs to be able to create them. They also create dams that can create problems along various water ways. 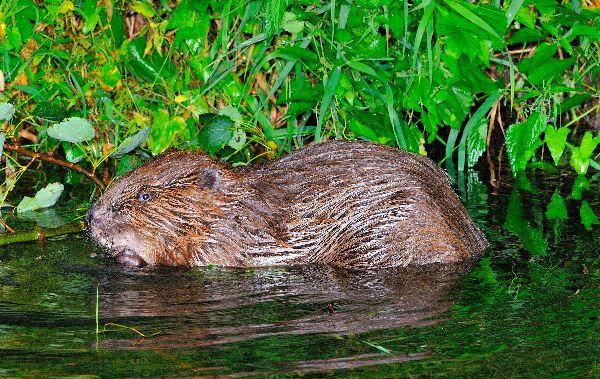 The North American Beaver is semi aquatic meaning it lives both in water and on land. They have scent glands that allow them to mark their territories. They are often social as long as there is plenty of food around. They don’t live together but don’t mind when they overlap with each other. They can be aggressive though when it comes to limited habitat or limited food.

They have the ability to remain under the water for a period of up to 15 minutes. The North American Beaver is very playful and they are well known for making a variety of fun scenarios when they are in the water. For example they are seen in the water on their back floating around and eating.

They rely on their wide teeth that are very sharp and thick. They allow them to easily get through the bark on trees. They have two such teeth on the top and two on the bottom. The friction from chewing allows the teeth to remain sharp. The teeth also continue to grow all their life. When they chew it keeps them a reasonable length.

Both male and females are ready for mating at about 3 years of age. They usually mate for life but if one of the pair dies they will find a new mate. January and February are usually when the North American Beaver will mate. They can have from 1 to 6 offspring, called kits. Usually there will be 3 or 4 in a litter.

The young are born after just over 100 days. The male and the young from the previous year will move to a temporary new home. This allows the female to focus her time and attention on the new young. 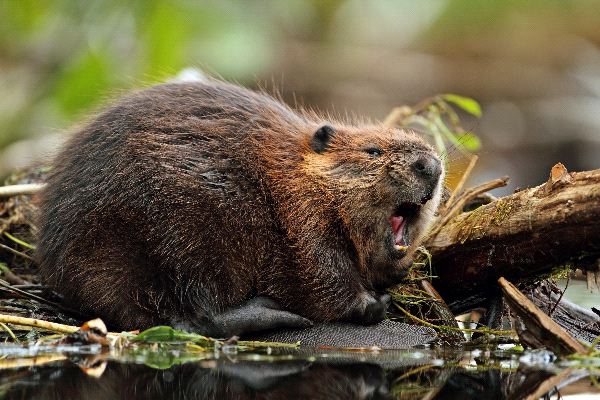